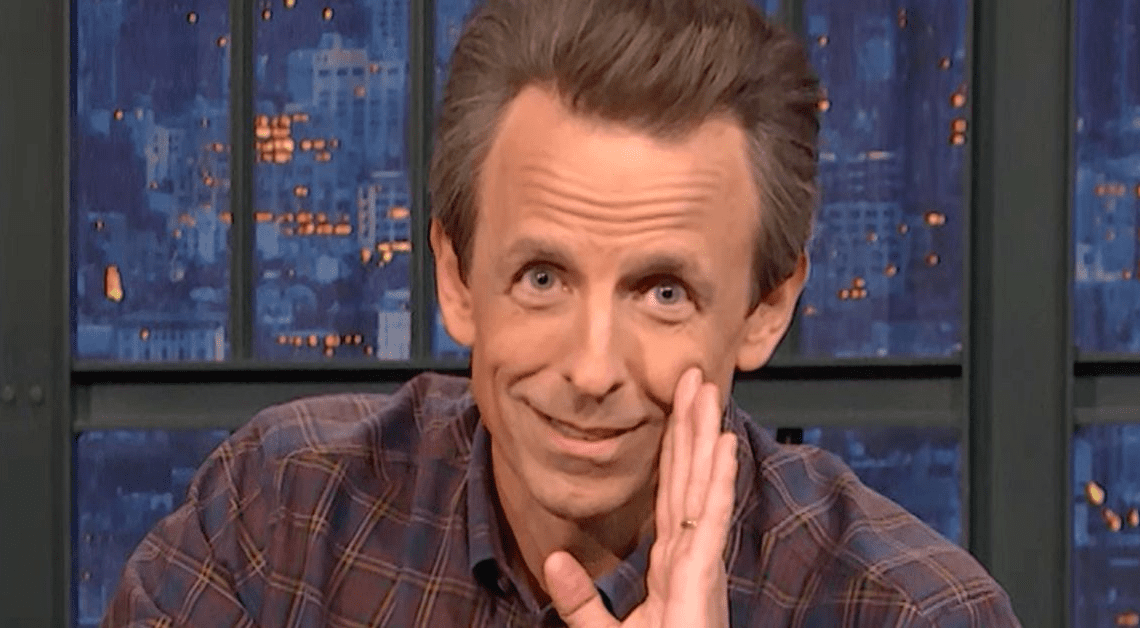 Seth Meyers on Thursday contrasted Joe Biden’s comments during presidential traditions like the pardoning of the White House turkey at Thanksgiving to those made by former President Donald Trump at similar events.

Biden on Monday was mocked for offering the microphone to one of the birds he pardoned. But it was a “nice change of pace” from Trump, said Meyers, who would frequently use the addresses to grouse about his enemies.

“You know Trump would never share the spotlight with two turkeys, unless he was posing for a family photo,” cracked Meyers as a photo of Trump and his two eldest sons Donald Trump Jr. and Eric Trump appeared on the screen.

“They do puff their chests out like they’re turkeys,” added the “Late Night” host.