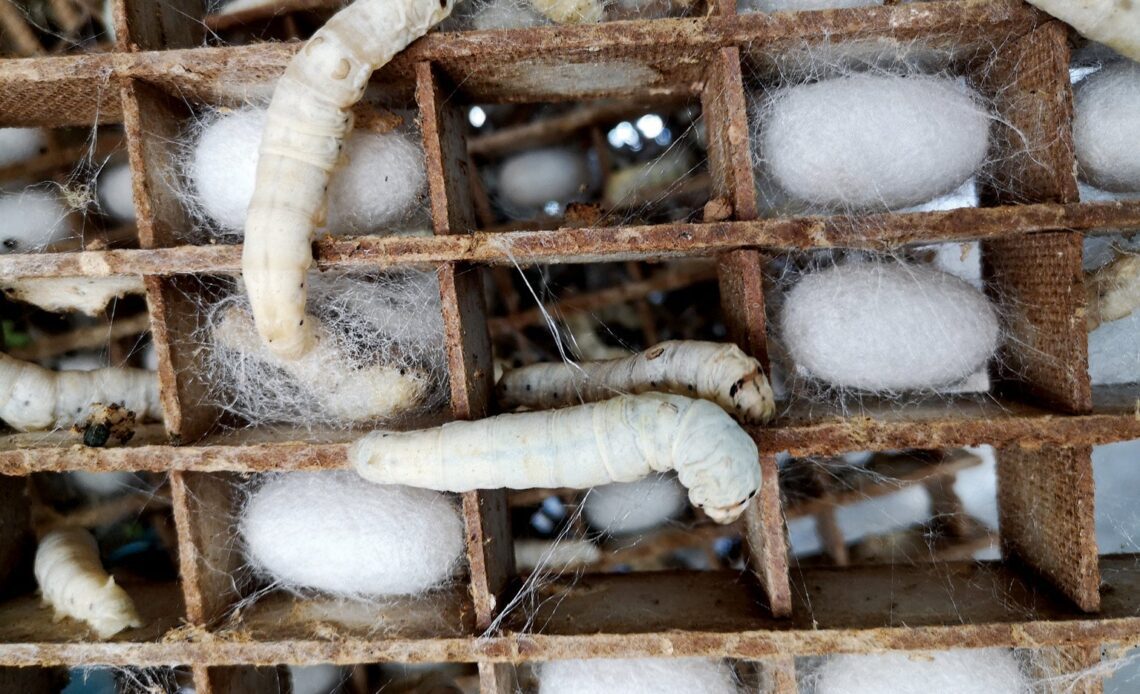 Millennia have passed since humans discovered silk and began harvesting it from silkworm cocoons, but scientists are still finding new uses for this remarkable material. Now researchers say it could help tackle a growing environmental and health concern: microplastics, the minuscule plastic fragments that have been found everywhere from mountaintops to the seafloor—and even in the human bloodstream.

Most environmental microplastics form when larger items degrade. But a smaller yet notable portion of the polluting particles is deliberately added to products, according to a report from the European Chemicals Agency. These include microcapsules that protect and gradually release active ingredients in products such as cosmetics and agricultural sprays.

For a study published in Small, researchers at the Massachusetts Institute of Technology and chemical corporation BASF developed a silk-based, biodegradable alternative to these capsules. This type of research is urgent for companies that face tightening regulations on deliberate use of microplastics.

Finding substitute materials for intentionally added microplastics is “the only place we are able to really control” microplastic pollution, aside from reducing mismanaged plastic waste overall, says ETH Zürich environmental analytical chemist Denise Mitrano, who was not involved in the study.

Silk is nontoxic, withstands processing and can be sourced from low-quality fiber discarded by the textile industry, says M.I.T. engineer and study co-author Benedetto Marelli. Researchers have proposed other natural compounds to replace intentionally added microplastics, but with these “you cannot check all the boxes at the same time, as we were able to with silk,” Marelli says.

To compete commercially, silk-based microcapsules must “perform at the same level, if not better, than the nonbiodegradable counterpart,” Marelli says. For example, some sprayed herbicides are released slowly to kill weeds without…