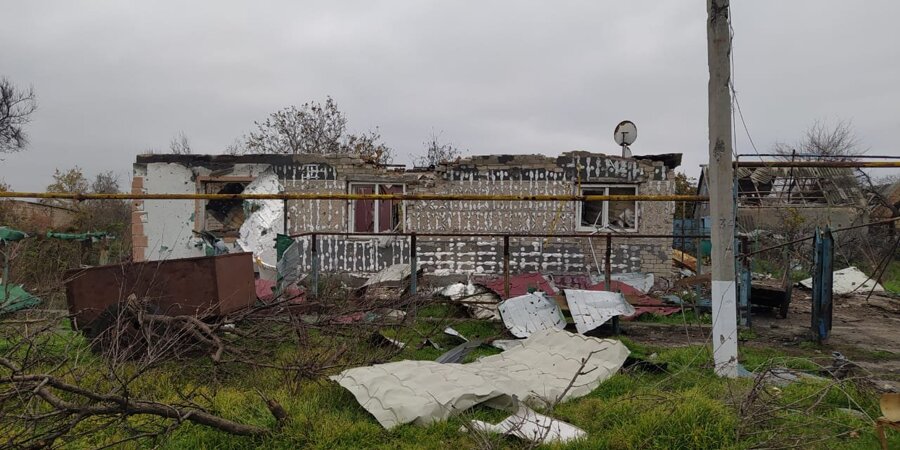 In the oblast’s Beryslav district, the town of Beryslav was hit, and private houses were damaged.

Russian troops fired at residential areas of Kherson with rocket launchers on the evening of Nov. 24. Shells hit a high-rise building and a children’s playground, killing seven people and injuring 21 others.

At the beginning of November, the Russian Federation announced the complete withdrawal of its troops from Kherson and the right-bank part of the region. Russia was forced to take such a step in order to preserve the remains of its military units in the region, against the background of a counter-offensive by the Ukrainian Armed Forces in this part of the front.

The Ukrainian military entered Kherson on Nov. 11. In total, almost 200 settlements have been liberated on the right bank of the Dnipro River.

Since retreating, the Russian invasion forces have been systematically shelling the liberated city of Kherson, as well as nearby settlements.