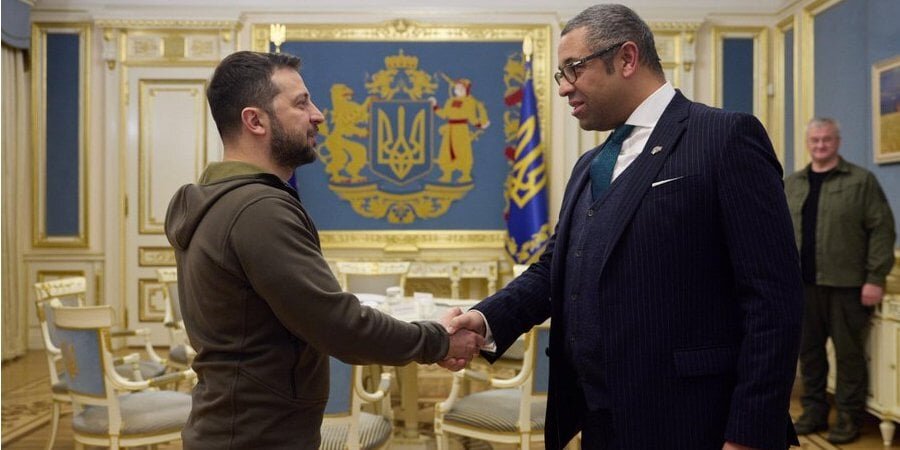 UK Foreign Secretary James
Cleverly during his visit to the Ukrainian capital city of Kyiv met with
Ukrainian President Volodymyr Zelenskyy, the UK government official wrote on
Twitter on Nov. 25.

“President Zelenskyy, the UK is supporting you with action – not just words,” Cleverly tweeted.

“I made you that promise today. The UK intends to keep it.”

The UK foreign secretary arrived in Ukraine almost a week after UK Prime Minister Rishi Sunak’s visit to the country.

During the visit, Cleverly announced that the United Kingdom would provide Ukraine with an additional 35 emergency vehicles, including 24 ambulances and six armoured vehicles to support civilians caught in conflict.