UK voters warm to new leader Sunak, but not to his party 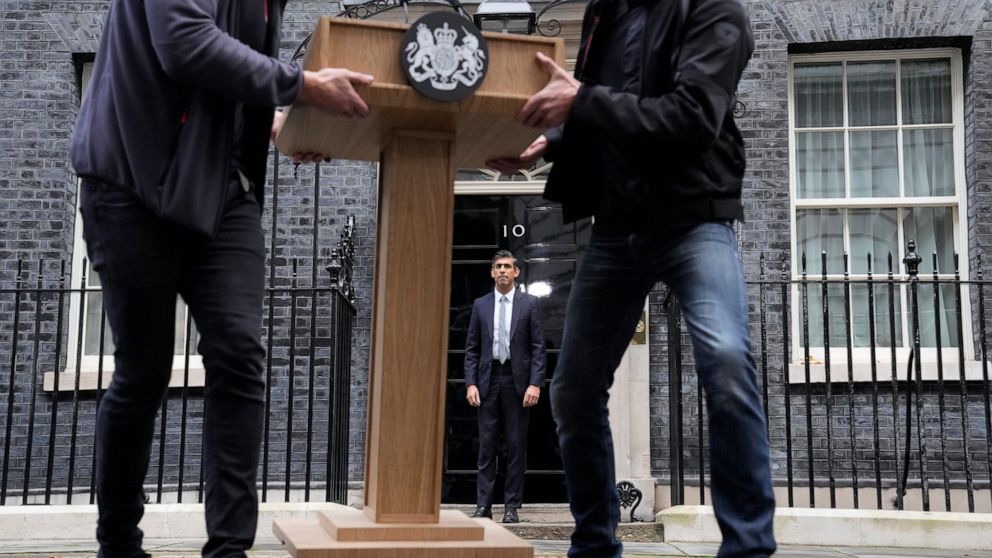 LONDON — Rishi Sunak has been Britain’s prime minister for a month. In the tumultuous world of U.K. politics in 2022, that’s an achievement.

Sunak, who took office a month ago Friday on Oct. 25, has steadied the nation after the brief term of predecessor Liz Truss. Britain’s first prime minister of color, Sunak has stabilized the economy, reassured allies from Washington to Kyiv and even soothed the European Union after years of sparring between Britain and the bloc.

But Sunak’s challenges are just beginning. He is facing a slowing economy, a cost-of-living crisis — and a governing Conservative Party that is fractious and increasingly unpopular after 12 years in power.

Opinion polls have good news and bad news for Sunak. The public quite likes the 42-year-old former investment banker, but his party is another matter.

In a survey by pollster Ipsos, 47% of respondents said they liked the prime minister, while 41% disliked him.

“That’s definitely better than Boris Johnson was getting earlier this year,” said Gideon Skinner, Ipsos’ head of political research. But he said Sunak’s popularity “is not showing signs of rubbing off onto the Conservative Party brand.”

In the same survey the Conservative Party was liked by just 26%, and disliked by 62% — the worst figures for the party in 15 years. The Ipsos phone survey of 1,004 adults is considered accurate to within plus or minus four percentage points.

Many voters welcome Sunak as a change from Truss and her predecessor Johnson, who quit in July after three scandal-plagued years in office. But the party has been in power since 2010, making it hard for Conservatives to avoid blame for the country’s financial woes.

Lingering allegations of misconduct also are tarnishing its image. On Wednesday Sunak appointed a senior lawyer to investigate allegations of bullying against his deputy prime minister, Dominic Raab.

It’s not impossible for the Conservatives to rebuild their popularity before the next election, due by the end of 2024. But it won’t be easy. Current polls suggest the Labour Party would win handily.

At the height of the coronavirus pandemic Sunak, then Britain’s treasury chief, gained popularity by spending billions to support shuttered businesses and pay the salaries of furloughed workers.

Now he has to deliver bitter medicine. Britain’s economy is being weighed down by the pandemic, by Brexit and…