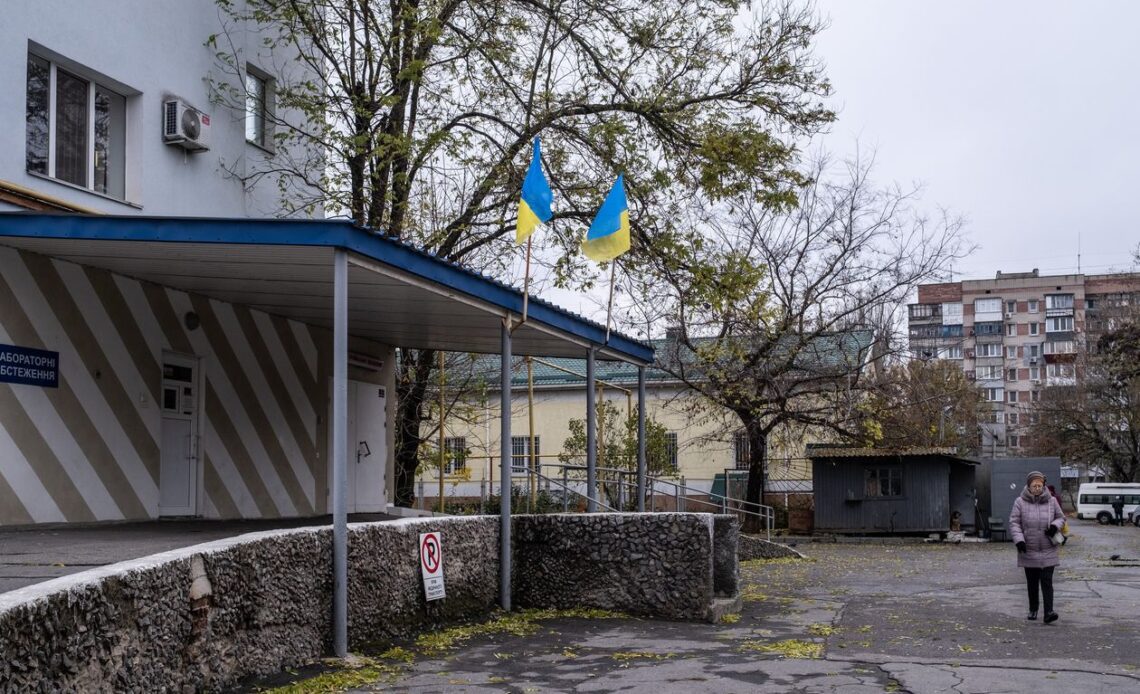 the hospital’s chief physician, to take down the blue-and-yellow Ukrainian flag hanging over the main entrance. He refused.

The Russians left without insisting. But that meeting on March 7, days after Russia seized this southern city, was the start of a battle for control of the hospital that raged through the entire occupation. The Russians detained two doctors, banned Ukrainian symbols and put hand-picked people in charge. To thwart them, the staff faked a Covid-19 outbreak, hid equipment and spied for Ukrainian forces.

The staff’s resistance was part of an eight-month, mostly unarmed campaign by Kherson residents to keep the city Ukrainian—and out of Moscow’s full control—for as long as possible. Thousands joined anti-Russian protests in the city’s central square and, when the demonstrations were violently quashed, turned small acts of resistance into part of everyday life—even at the risk of being detained or tortured.

Kherson was the only regional capital Moscow seized in this year’s invasion, making it a strategic prize for both sides. Russia’s struggle to exercise control over the city exposed a critical miscalculation in Mr. Putin’s invasion: He expected his takeover would be welcomed as a liberation, or at least silently tolerated, in Russian-speaking areas.

“In their imagination, they had this belief that all Ukrainians would support them,” said

governor of the Kherson region. “What they found was the opposite.”

Founded in 1914, Tropinka Hospital reflected Ukraine’s lack of investment in infrastructure since declaring independence from the Soviet Union in 1991….