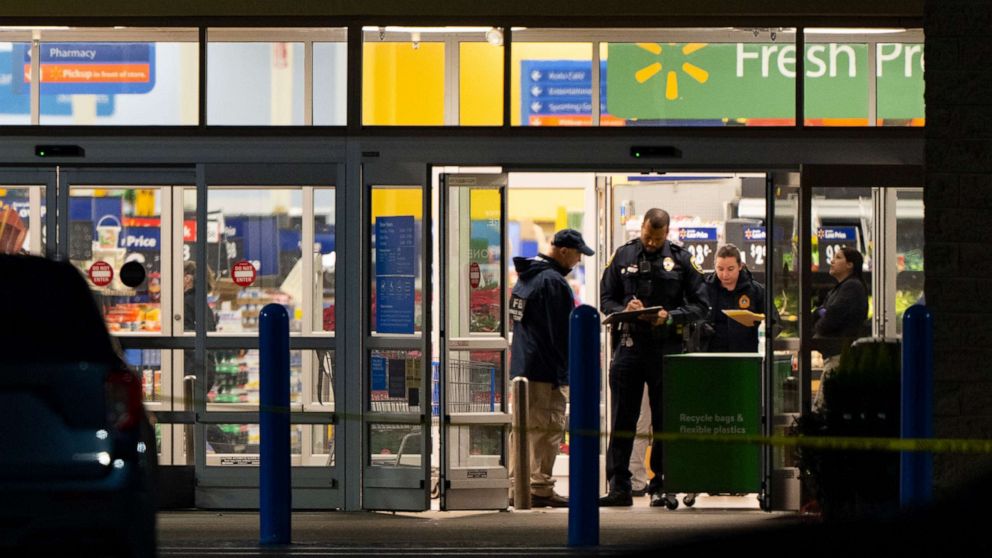 When Briana Tyler went to work on Tuesday night, what she thought would be a quiet shift quickly ended in bloodshed.

Tyler, an employee at the Walmart on Sam’s Circle in Chesapeake, Virginia, said she and her coworkers were gathered in the break room at the start of their shifts at around 10 p.m. local time, discussing which section of the store each employee would be working in that night.

“As soon as my team said, ‘All right, we have a light night tonight,’ I looked up and my manager just opened the door and he just opened fire,” Tyler recalled during an interview with ABC News on Wednesday. “He wasn’t aiming at anybody specifically. He just literally started shooting throughout the entire break room and I watched multiple people just drop down to the floor, whether they were trying to duck for cover or they were hit.”

Tyler said the alleged gunman — identified by authorities as 31-year-old Andre Bing of Chesapeake — looked “directly at” her and fired but “luckily missed” her head by “an inch or two.”

“He didn’t say a word, he didn’t say anything at all,” she noted. “I literally hadn’t even seen him before that point. He just came around the corner and started shooting. The first person that was in his eyesight, he shot him down and the next thing you know, he just started rigging throughout the entire break room but he did not say a word.”

At least six people were killed and four others were injured before the suspect — wielding a pistol — shot himself dead, according to the Chesapeake Police Department.

Police received the initial 911 call at 10:12 p.m. local time and officers responded to the scene within two minutes. They entered the Walmart at 10:16 p.m. local time, where they found multiple gunshot victims as well as the suspect dead from an apparent self-inflicted gunshot wound. The scene was declared safe by 11:20 p.m. local time, according to police.

Law enforcement sources told ABC News that authorities are investigating whether the shooting was a case of workplace violence.

Tyler said she had heard from other employees when she first started working at the Walmart about two months ago that Bing “was the manager to look out for because there was always something going on with him, just having an issue with someone.”

“But I never expected it to get to this level of an issue, like I don’t know of…