Why You Can’t Stop Stalking Your Ex on Social Media 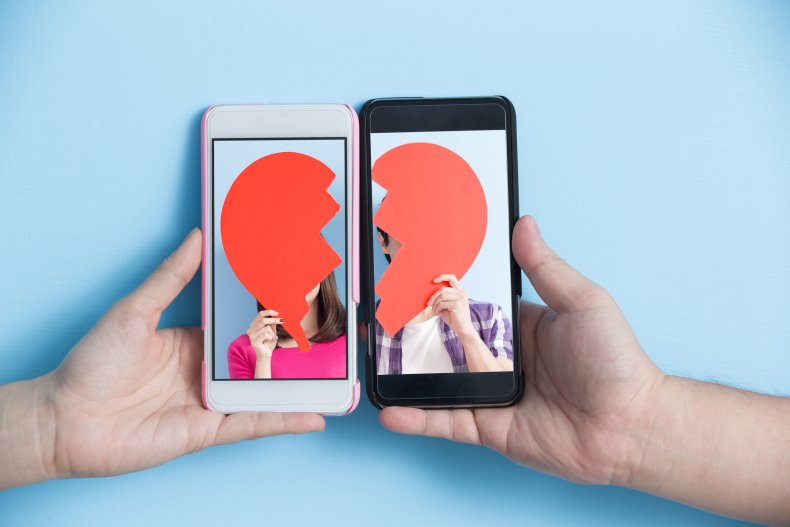 Breakups are never easy, and thanks to social media, it has become harder than ever to let people go.

Seeing your ex doing anything but crying in front of daytime TV can be incredibly painful, so why is it so hard to stop stalking their profiles?

A lot of it comes down to chemicals in your brain.

What Happens in the Brain When We Are in Love?

Describing love in terms of chemical reactions is not very romantic. But while a breakup might leave you heartbroken, most of it is happening in your head. So what actually happens in the brain when we are in love?

“It depends on the theory of love you endorse,” Brian D. Earp, a senior research fellow in moral psychology at the University of Oxford, England, told Newsweek. “On most philosophical accounts of love, it requires that the lovers fundamentally care about one another. They want to promote each other’s flourishing for its own sake, without expecting specific benefits in return.

“Often, to maintain this kind of disposition toward someone, it requires a relatively healthy attachment bond, which is underwritten by various brain chemicals including serotonin and oxytocin, a neurohormone that is released through touch, hugging, kissing, orgasm, and so on,” added Earp.

For some people, though, love is about something more primal. “Insofar as lust or libido is an important part of one’s loving relationship, then chemicals like testosterone and estrogen–which regulate the sex drive, among many other bodily processes–will also be at play,” Earp said.

“In any case, when we love someone, there is no doubt that our brain’s reward system, of which dopamine is an important regulator, is activated by their presence, by shared experiences with them, or even just thinking about them.”

Functional magnetic resonance imaging (MRI) scans have also suggested that love can alter the structure of the areas in your brain involved in processing sensory and emotional information and reward.

Is Love an Addiction?

Whether love can be considered as an addiction depends very much on how you define “addiction.”

“There are two main ways of thinking about addiction that some scholars have identified,” Earp said.

“One is favored mostly by neuroscientists, who see addiction as a kind of relationship between a person and certain substances, where, among other things, these stimuli have ‘hijacked’ the brain’s…