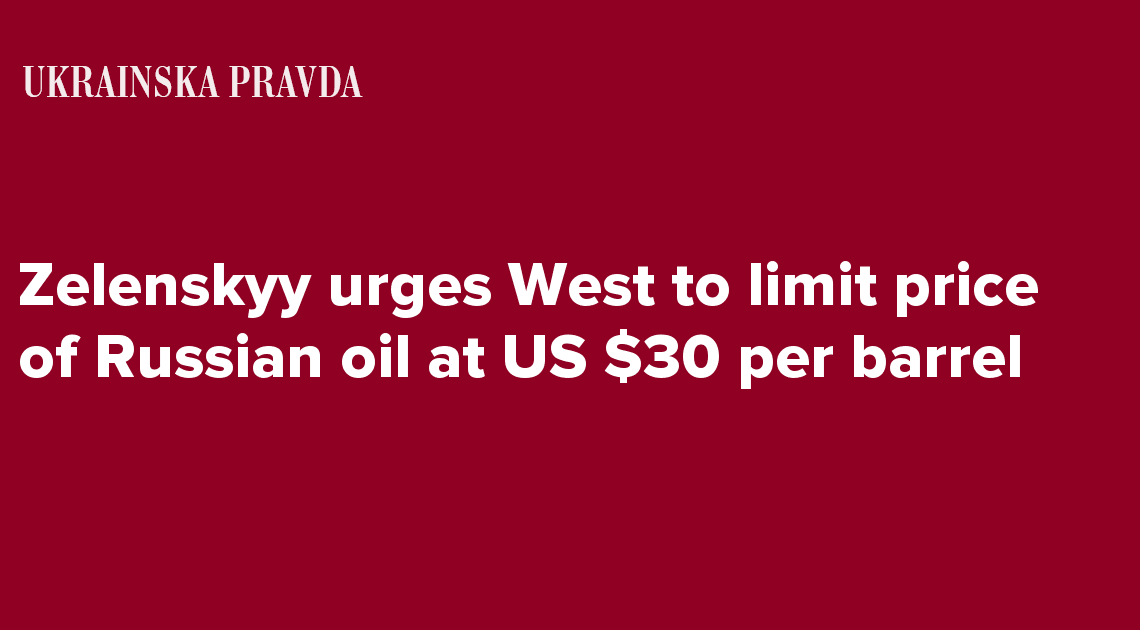 Ukraine’s President Volodymyr Zelenskyy believes that the price ceiling for Russian oil, which is being discussed by the EU and G7 countries, should be set at US $30 per barrel.

Source: Zelenskyy, in his address to the participants of the European Idea International Symposium.

Quote: “This year, Europe finally carries out Russia’s energy disarmament. The continent’s dependence on Russian energy resources has begun to reduce. And it [dependence – ed.] must vanish completely. And one of the key instruments for that is to limit Russian profit from exports of its resources”, the head of state said.

Details: The President of Ukraine drew attention to the fact that the world and Europe have started talking about the forced limitation of the price of Russian oil.

Quote: “And there are ostensibly discussions about the level of 60 or 70 U.S. dollars [per barrel]. No doubt, such words are just sandbagging. They’re rather an attempt to imitate something than to do something”, Zelenskyy said.

Details: The President thanked Poland and the Baltic States and called their proposals on the price list of US $30 reasonable.

Quote: “Limiting the price at the level of up to 30 U.S. dollars per barrel seems a more feasible proposal. And I am grateful that such a proposal has been put forward and is being advocated.

Now is the time to ensure this achievement in Europe as well.

And on the basis of this and other similar achievements, none of the potential enemies of Europe will ever be able to blackmail our continent with energy weapons”, the President said.

Details: He added that after the introduction of price restrictions on Russian oil, Europe’s energy security, and therefore price security, will now be primarily based on cooperation and solidarity between Europeans and on European energy rules.

Negotiations between European Union countries on setting a price ceiling for Russian oil reached an impasse in the evening of 23 November.