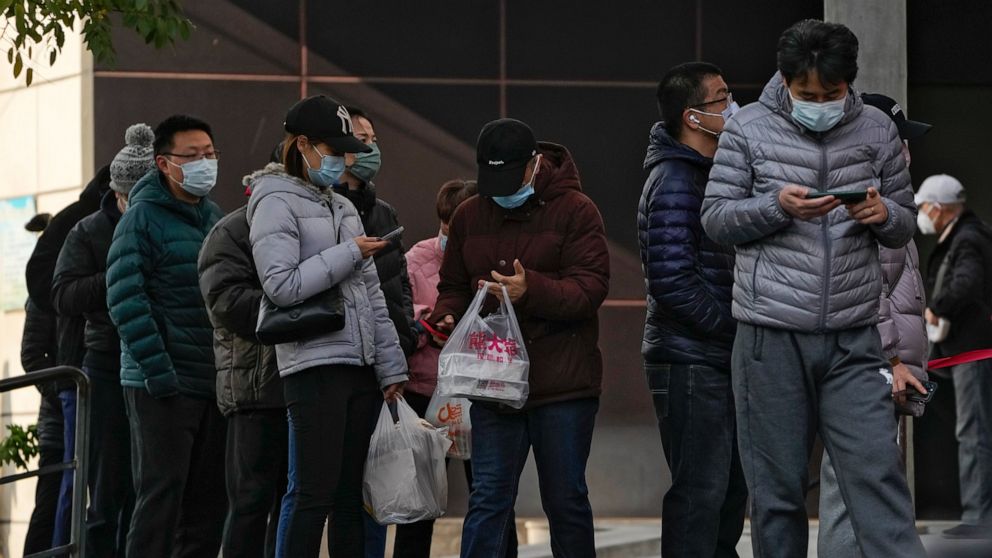 TAIPEI, Taiwan — A protest against China‘s strict “zero-COVID” policies resurfaced in Shanghai on Sunday afternoon even after police cleared away hundreds of demonstrators in the early morning with force and pepper spray.

Crowds stood and filmed as police started shoving at people who had gathered in the street and shouted, “We don’t want PCR tests, we want freedom!” according to an witness who did not want to be named for fear of retribution.

Since Friday people have held protests across China, where street demonstrations are extremely rare. But anger and frustration have flared over the deaths from a fire in an apartment building in Urumqi that the public believes was caused by excessive lockdown measures that delayed rescue.

A crowdsourced list on social media showed that there were demonstrations in 50 universities. Videos posted on social media that said they were filmed in Nanjing in the east, Guangzhou in the south and at least five other cities showed protesters tussling with police in white protective suits or dismantling barricades used to seal off neighborhoods. The Associated Press could not independently verify all the protests.

Online, videos from the scenes quickly emerged. Some of the most shared videos came from Shanghai, which had borne a devastating lockdown in spring in which people struggled to secure groceries and medicines and were forcefully taken into centralized quarantine.

In the dark early hours of Sunday, standing on the road named after a city in Xinjiang where at least 10 people had just died in an apartment fire, protesters chanted “Xi Jinping! Step down! CCP! Step down.”

A protester who chanted with the crowd confirmed that people did shout for the removal of Xi Jinping, China’s leader — words that many would never have thought would have been said in one of China’s biggest cities.

Hundreds of protesters had gathered along a street in Shanghai starting around midnight on Saturday. They split into two different sections of Middle Urumqi Road. There was one group that was more calm and brought candles, flowers and signs honoring those who died in the apartment fire. The other, said a protester who declined to be named out of fear of arrest, was more active, shouting slogans and singing the national anthem.

The energy was encouraging, the protester said. People called for an official apology for deaths in the Urumqi fire. Others discussed the 1989 Tiananmen Square massacre in which the ruling…