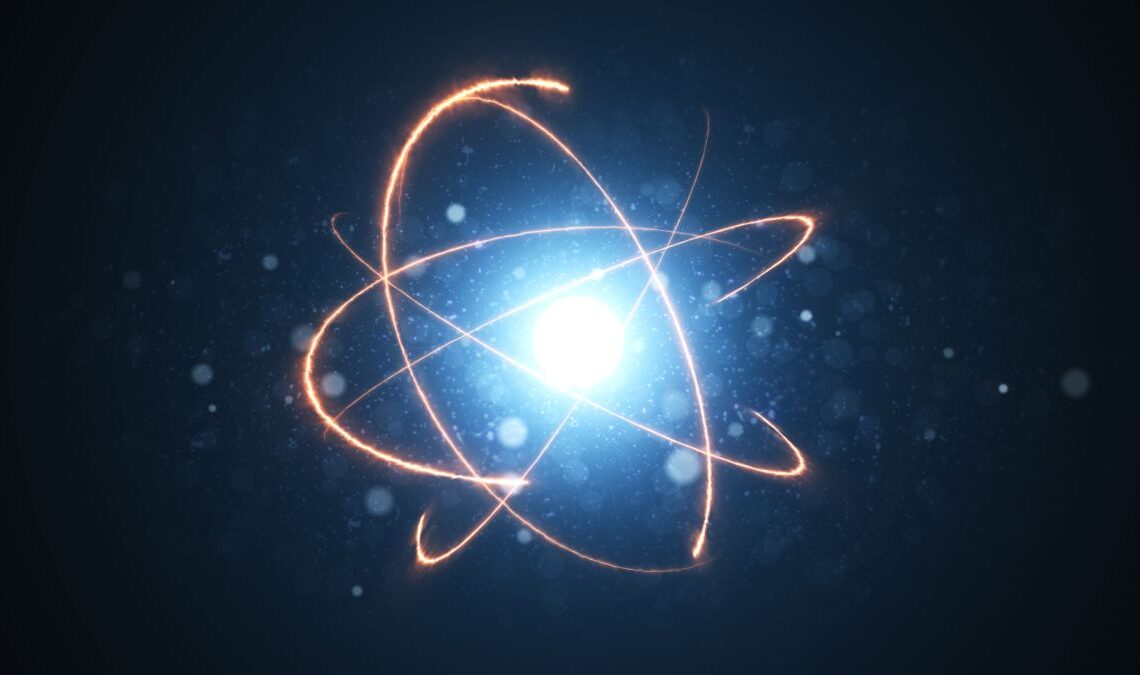 Protons are tiny subatomic particles that, along with neutrons, form the nucleus of an atom.

The heavier the atom, the more protons (and neutrons) it contains. Hydrogen, which is the lightest element, has a nucleus made from a single proton. The heaviest element in the Periodic Table, which is Oganesson, has 118 protons.

Protons are not elementary particles; they’re actually made up of even smaller particles called quarks. Like neutrons, protons contain three quarks (two “up” quarks and one “down” quark) that are held together inside a proton by the Strong Force. Particles made of three quarks are referred to as “baryons“, hence when physicists refer to “baryonic matter” they are specifically referring to matter made from protons and neutrons that make up atoms that then build all the people, planets, stars, galaxies and everything else that we can visibly see in the universe around us.

Throughout most of the 19th century, it was thought that atoms were the smallest and most basic building block of all matter, but as that century neared its end, the evidence that atoms are actually made of smaller particles began to grow. Scientists began to experiment with anode and cathode rays — these are positively and negatively charged beams produced by gas discharge tubes.

In 1897 J. J. Thomson (opens in new tab) discovered that cathode rays are streams of electrically-negative subatomic particles called electrons, which were being liberated from the atoms in the discharge tube. Correspondingly, anode rays must be streams of ions, which are positively charged atoms. In particular, hydrogen ions were recognized in anode rays in 1898 by the German physicist Wilhelm Wien (opens in new tab).

The first hypothesis of the structure of atoms, therefore, had negatively charged electrons spread through an amorphously distributed mass of positive charge. It was called the plum pudding model, with the electrons being made analogous to plums embedded in dough.

The British physicist Ernest Rutherford was dubious of this model. Between 1909 and 1911 Hans Geiger and Ernest Marsden, under the tutelage of Rutherford at the University of Manchester, fired what were called alpha particles — what we know today as helium nuclei — at a leaf of gold foil. In the plum pudding model, the alpha particles should have just passed straight through the gold atoms, or been deflected a little bit.