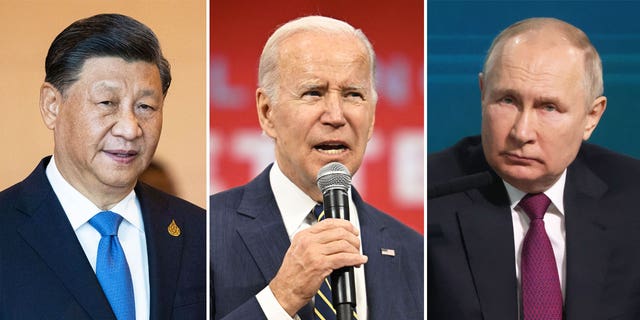 Americans are growing more concerned over a number of threats and issues facing the country — including thermo nuclear war and a rising tension among countries access to energy resources — according to a poll first obtained by Fox News Digital.

Respondents to a survey from the Reagan National Defense Forum (RNDF) expressed steady or increasing concern about a number of threats that could result in economic hardship or disparity for Americans, from thermo-nuclear war and terrorist attacks on the homeland to political violence and the use of surveillance to suppress human rights.

Concerns of nuclear war and terrorist attacks are on the minds of Americans as tension increases between the U.S. and China, as well as other countries like Russia who are currently engaged in war.

AMERICANS VIEW MILITARY AS OVERLY POLITICIZED; HALF THE COUNTRY CONCERNED THE PENTAGON IS TOO ‘WOKE’

Russian President Vladimir Putin’s invasion of Ukraine and the Biden administration’s unwillingness to capitalize on domestic oil production have raised concerns over the past year about access to energy amid skyrocketing inflation and rising energy prices.

RUSSIA DELAYS NUCLEAR ARMS TALKS WITH UNITED STATES DUE TO TENSIONS OVER UKRAINE, DIFFERENCES IN APPROACH