Friends to the left of him, critics to the right: McCarthy’s stuck in the chase 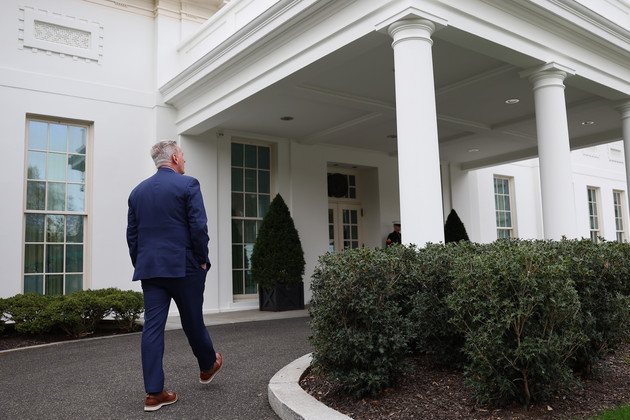 Five Republicans so far are threatening to oppose McCarthy in that vote, a number that’s possibly enough to derail him given the slim GOP majority next year. But other GOP lawmakers have grown increasingly frustrated as those conservatives decline to float a viable alternate candidate, with some predicting that McCarthy’s foes don’t have a fallback plan or any possible consensus pick.

One House Republican said they’re aware of a handful more members who are keeping their opposition private until just before the January vote. And while some of McCarthy’s fiercest public critics have openly claimed that there are about 20 hard nos in the conference, others believe the Californian will likely chip away at his opposition.

But some of that opposition is only getting bolder. Reps. Andy Biggs (R-Ariz.) and Bob Good (R-Va.) both insisted this week that they are hard nos against the GOP leader — saying they would not vote present and would appear on the House floor to vote against him. Both said they planned to cast their votes for Biggs at the moment.

Rep. Matt Rosendale (R-Mont.), however, left the tiniest crack of hope that McCarthy could still win his vote.

“An engineer will tell you anything’s moveable. Extreme circumstances is the only thing that would change my mind,” he told POLITICO, while also declining to say who he would support instead.

Biggs gathered roughly a dozen other Freedom Caucus members for a closed door, hour-long Wednesday meeting in his office with House Parliamentarian Jason Smith, who walked them through rules and process of the speaker vote on Jan. 3, according to two people familiar with the sit-down.

After the parliamentarian left, members in attendance spent an extra hour with Paulina Luna discussing strategy. As they exited the meeting, many declined to say what they discussed.

“This is an internal discussion between…