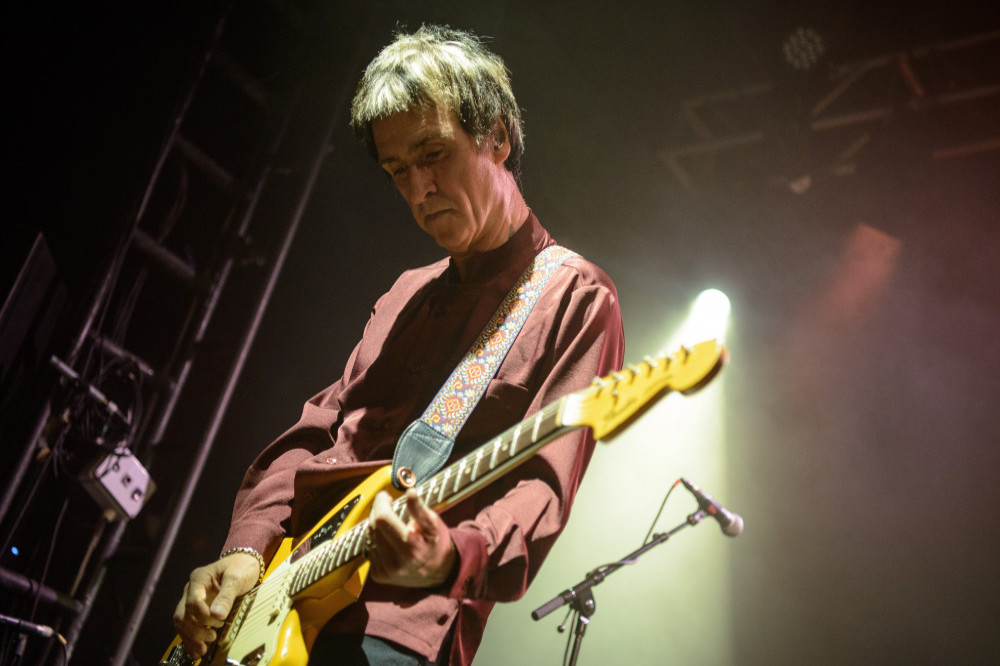 Johnny Marr has penned another track for Blondie

The Smiths legend has worked with the ‘Maria’ rockers in the past after writing their track ‘My Monster’ as well as joining them on stage, and he’s hoping they use his latest tune on the new record.

Appearing on ‘The Line-Up with Shaun Keaveny’, he said: “I’ve written another new one for the new current record that they’re recording.

“I don’t know whether it will end up on the album, you never know. But they seemed to really like it…”

Johnny – who has also appeared in bands like Modest Mouse in the past – admitted working with Blondie is “a new level of wow” when he hears singer Debbie Harry belting out his words.

He explained: “It’s a new level of wow for me because they are my lyrics, Debbie’s singing my lyrics and then she what wanted another one, because ‘My Monster’ I wrote specifically for Blondie and then you know, it went well.

“So then they asked me if I got any more. So I wrote another one for Blondie. But they took so long recording it, I did it myself. It was on the B side of a seven inch single.

“I wasn’t about to put it on an album, just in case, but that’s called Spectral Eyes. And it’s again, it was one that I specifically wrote for Blondie.

“So on a lyrical level, you know that people covering songs that I write the words to you is you know, that’s something I never imagined, really frankly.”

Johnny has been in plenty of bands over the years, and he loves being able to “hop around”.

He said: “That’s just me having my cake and eating it frankly, because the bands that I’ve been invited to either work with on a temporary basis or certainly join – I mean, who would turn down being the guitar player in The The in 1990 or ’88, whenever it was I did it, with Matt who is one of the closest people in my life and also given what was going on in my personal life, behind the scenes with The Smiths split.

“Who wouldn’t want to go out and be the guitar player in The Pretenders and Chrissy that again was what people don’t quite realise is that has a massive impact on my personal life as well and forming these relationships.”

The Line-Up with Shaun Keaveny is available to listen to on podcast platforms now. Johnny Marr’s new double album, ‘Fever Dreams Pts 1-4’, is out now.