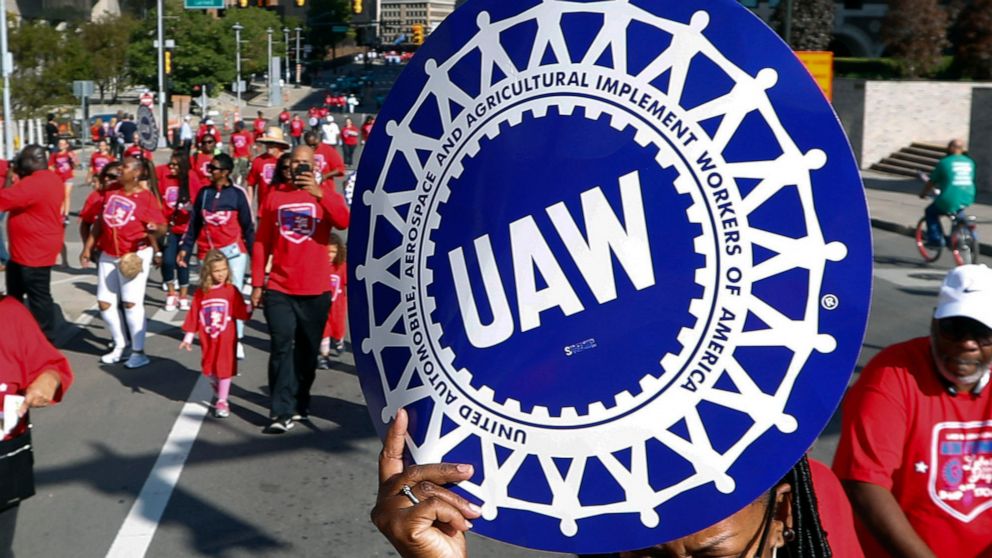 DETROIT — Members of the United Auto Workers union appeared on Thursday to favor replacing many of their current leaders in an election that stemmed from a federal bribery and embezzlement scandal involving former union officials.

Reform-minded candidates, many part of the UAW Members United slate, are leading in multiple key races with just over 56% of the vote in. Many challengers campaigned on rescinding concessions made to companies in previous contract talks, including cost-of-living pay raises, elimination of a two-tier wage and benefit system, and other items.

That could raise costs for Detroit’s three automakers — General Motors, Ford and Stellantis — and almost inevitably will drive up already expensive auto prices.

With tallies from five of nine UAW regions counted, Shawn Fain, an international union official who started at a Stellantis plant in Kokomo, Indiana, was leading a five-candidate field in the race for president, the union’s top office.

Fain had 40.1% of the vote, while incumbent President Ray Curry was second with 36.3%. There likely will be a runoff election early next year between Fain and Curry since neither had a majority of the votes.

In the race for three vice presidents, Rich Boyer and Mike Booth, both Members United candidates, are first and second in an eight-candidate race, followed by union Vice President Chuck Browning. A runoff could happen there, too.

Margaret Mock, the Members United candidate for secretary-treasurer, had 63.9% of the vote to lead incumbent Frank Stuglin at 36.1%. Where tallies have been completed, candidates who campaigned on reforming the union also won three of nine regional director positions, with another heading to a runoff.

It wasn’t clear when the vote count would be finished. The ballots are being counted by a company hired by a court-appointed monitor who is overseeing the election and the union.

Fain led the Members United ticket, which campaigned on reforming the 372,000-member UAW after the scandal. The election also has broad implications for contract talks with the Detroit auto companies that start next year.

Fain has advocated for more of a confrontational stance and has accused union leadership of complacency. He has said the UAW has had a philosophy for 40 years of viewing automakers as partners rather than adversaries.