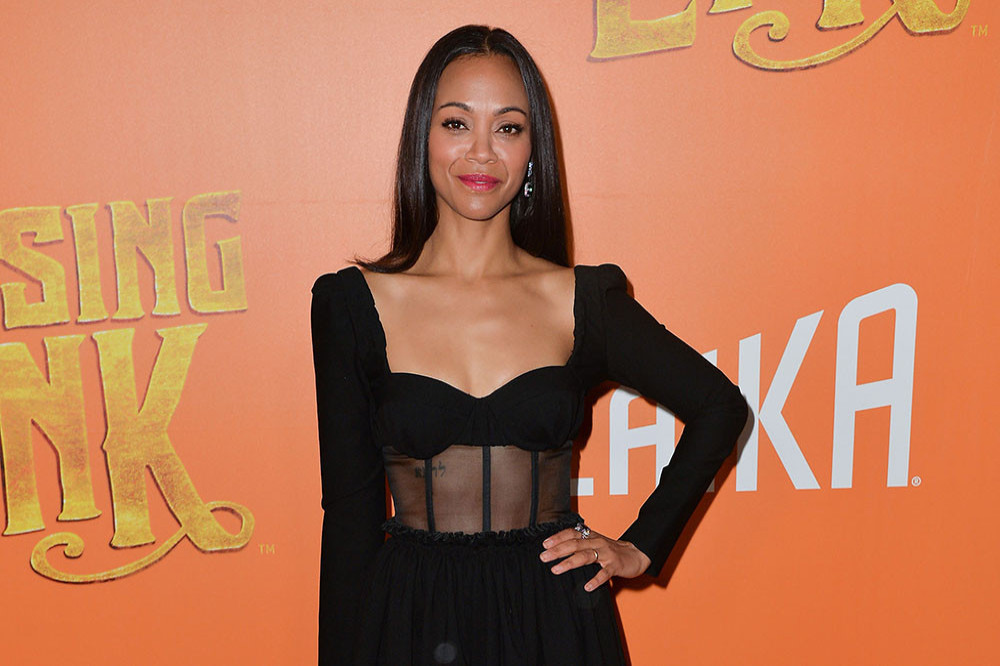 The 44-year-old star – who has played major roles ‘Star Trek’ (Uhura), ‘Avatar’ (Neytiri) and the Marvel Cinematic Universe (Gamora) over the past decade – admitted while she’s grateful to be in these movies, balancing her commitments to the franchises means she hasn’t been able to challenge herself as a performer as much as she’d hope.

She told Women’s Wear Daily magazine: “I feel that for the last 10 years of my life, I’ve been just stuck. I felt stuck doing these franchises.

“I’m very grateful for the opportunities that they provided, from collaborating with amazing directors and getting to meet cast members that I consider friends and getting to play a role that fans, especially children, love.

“But it also meant that I felt artistically stuck in my craft of not being able to expand or grow or challenge myself by playing different sorts of genres and different roles.”

Saldana has been keen to expand her talents “for a very long time”, and she’s getting the chance to do that more in the likes of Netflix drama ‘From Scratch’ and upcoming project ‘Lioness’.

Meanwhile, her current approach to work is like it was in her early career, which sees her “giving 120 percent and do the homework and go to bed early and focus on my work”.

She explained: “After ‘Avatar’, when you’re young and all of the time you have, the opportunity to travel and to go to lavish dinners and wear beautiful outfits and the nightlife became very attractive.

“It was a lot of working hard and a lot of [playing] hard that sometimes got in the way of me feeling fully, fully proud of the work I was doing — because I did the work.

“Now that I’m a little older and I would like to consider myself a little wiser, it’s going back to that [feeling] of having those healthy boundaries for myself of, ‘Go to bed early, really work. I know you’re tired. I know you really want to go out and go with your kids and just say, f*** my rehearsal and f*** my practice and f*** this session.’

“But I don’t. I still manage to focus on family life and also focus on my work. And I feel good.”