Santos refuses to resign amid calls from local N.Y. GOP 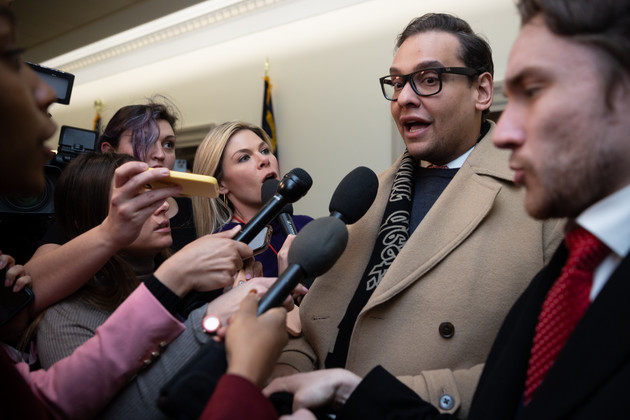 D’Esposito, a Republican who represents a neighboring district, dialed into the press conference remotely to also call for Santos’ ouster. And later in the day, outgoing state GOP chair Nick Langworthy, a newly elected House member, said too that Santos should go.

“It’s clear that he cannot be an effective representative and it would be in the best interest of the taxpayers to have new leadership,” Langworthy said in a statement.

While the briefing was nominally aimed at Santos, the Nassau County GOP also appeared to be worried that their association with the controversial first-term representative could hurt their chances at expanding on recent electoral gains. The 3rd Congressional District that Santos just won, for example, was formerly held by Democrat Tom Suozzi.

“This scandalous behavior does damage to all of our reputations because there is a part of our public that is cynical about politicians and public officials,” said Richard Nicolello, the presiding officer of the Nassau County Legislature.

Speaker after speaker took to the microphone at the Westbury, N.Y., headquarters with unsparing criticism of Santos — and some expressed hurt that Santos had lied to them personally during endorsement interviews.

“We got into it, started getting personal about the fact that he came from a poor background but that he was able to be very successful,” Nassau County GOP Chair Joseph Cairo Jr. said. “He told me, I remember specifically, I’m into sports a little bit — that he was a star on the Baruch [College] volleyball team, that they won the league championship.”

With so many speakers pledging to ice out Santos and deny him support for any reelection campaign, Wednesday’s announcement cemented that any future bid by Santos to stay in the seat would be incredibly difficult.

Yet, Santos told reporters at the Capitol on Wednesday morning that he has no plans to resign. He also repeated that assertion in a tweet, adding that he regrets “to hear that local officials refuse to work with my office.”

The same day, Speaker Kevin McCarthy told reporters he wouldn’t sit Santos on any of the “A Committees” — including more powerful panels such as Judiciary, Ways and Means and Budget, which typically don’t go to first-term lawmakers anyway….

Click Here to Read the Full Original Article at Politics…