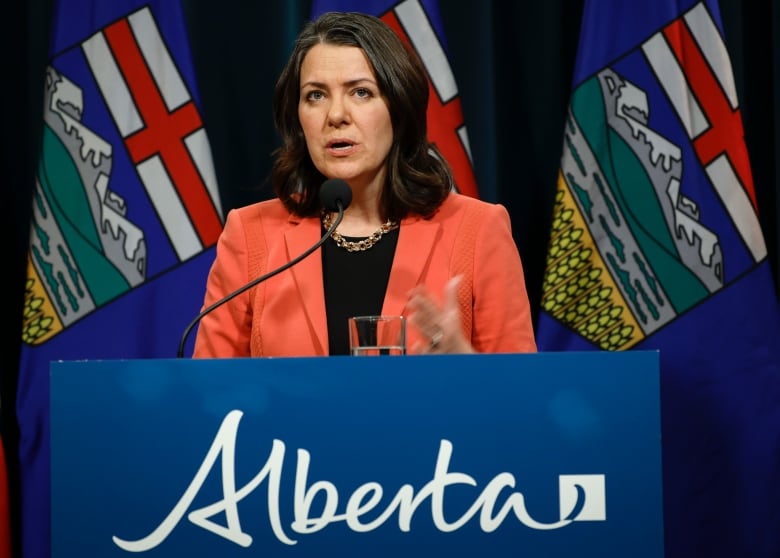 Alberta Premier Danielle Smith pressured the attorney general and his office to intervene in COVID-related court cases, according to multiple sources familiar with the interactions.

Exchanges between the premier’s office and Justice Minister Tyler Shandro’s office over several months included what sources characterized as attempts to influence cases.

“I would classify it as inappropriate,” one source close to the situation said. CBC News has agreed not to name them because of potential professional repercussions.

Smith would ask for updates on cases or inquire whether it would be possible to abandon them, they said.

This specifically included the prosecution of Artur Pawlowski, a pastor charged with two counts of criminal mischief and a charge under Alberta’s Critical Infrastructure Defence Act related to the Coutts border blockade.

Another source with knowledge of the situation confirmed Smith committed to taking that case to Shandro with the intent to make the charges go away.

CBC News has agreed not to name the sources, as they were not authorized to discuss these matters and out of concern they could lose their jobs.

“After taking office, the Premier and her staff had several discussions with the Minister of Justice and Justice department public servants, requesting an explanation of what policy options were available for this purpose. After receiving detailed legal advice and recommendations from the Minister not to proceed with pursuing options for granting amnesty, the Premier followed that legal advice,” the premier’s office said in a statement.

“All communications between the Premier, her staff, the Minister of Justice and Ministry of Justice public servants have been appropriate and made through the proper channels.”

In a subsequent statement Wednesday afternoon, Smith called for CBC to retract its story from last week in which sources said the premier’s office had emailed Crown prosecutors about Coutts-related cases. She called that story “outrageous” and “defamatory,” adding that CBC had not seen the emails in question.