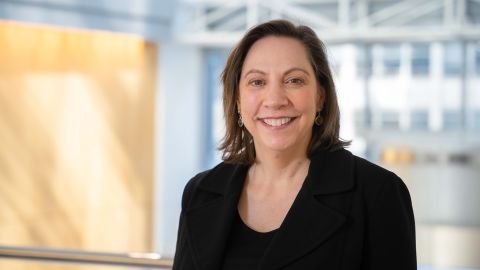 Editor’s Note: Beth Sanner is a former deputy director of National Intelligence for Mission Integration, a position where she oversaw the elements that coordinate and lead collection, analysis, and program oversight throughout the Intelligence Community. In this role she also served as the president’s intelligence briefer. She is a professor-of-practice at the Applied Research Lab for Intelligence and Security at the University of Maryland and a CNN national security analyst. The opinions expressed in this commentary are her own. View more opinion on CNN.

The recent revelations that both President Joe Biden and former President Donald Trump retained classified material in unsecured, unauthorized locations while not in government have prompted many to ask, “How could this have happened?”

To be sure, non-partisan efforts to answer that question (and others) and institute rigorous White House record management are required. Even then, however, it is likely more classified material will be discovered “outside the wire” in the future unless we tackle another underlying issue: too much classified paper in circulation.

The mountain of classified material flowing around the White House – and other national security agencies and departments – presents an inherent vulnerability no amount of finger-pointing or procedural reform will solve. As a former White House National Security Council (NSC) staffer, I can attest to the fact there has never been an airtight, centralized process to track this paperwork. Nor would any such effort be effective.

Paper moves, and in most cases, no one knows it is missing unless or until it is found.

So where does this mountain of classified paper come from? Let’s look again at the White House, where it is both routine and essential that staff circulate classified documents with each other and the president.