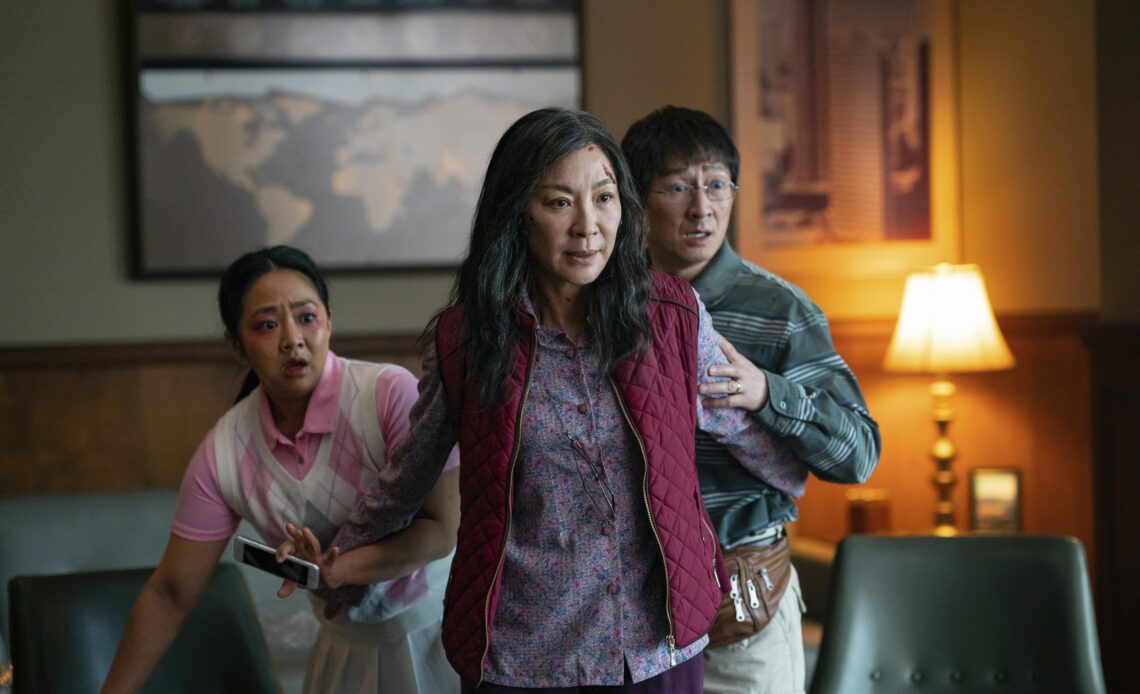 NEW YORK (AP) — The multiverse-skipping sci-fi indie hit “Everything Everywhere All at Once” led nominations to the 95th Academy Awards as Hollywood heaped honors on big-screen spectacles like “Top Gun: Maverick” and “Avatar: The Way of Water” a year after a streaming service won best picture for the first time.

Daniel Scheinert and Daniel Kwan’s “Everything Everywhere All at Once” landed a leading 11 nominations on Tuesday, including nods for Michelle Yeoh and comeback kid Ke Huy Quan, the former child star of “Indiana Jones and the Temple of Doom.” Released back in March, the A24 film has proven an unlikely Oscar heavyweight against the expectations of even its makers. Yeoh became the first Asian actor nominated for best actress.

The 10 movies up for best picture are: “Everything Everywhere All at Once,”“The Banshees of Inisherin,” “The Fabelmans,” “Tár,” “Top Gun: Maverick,” “Avatar: The Way of Water,” “Elvis,” “All Quiet on the Western Front,” “Women Talking” and “Triangle of Sadness.”

Nominations were announced Tuesday from the academy’s Samuel Goldwyn Theater in Beverly Hills, California, by Riz Ahmed and Allison Williams. If last year’s Oscars were dominated by streaming — Apple TV+’s “CODA” won best picture and Netflix landed a leading 27 nominations — movies that drew moviegoers to multiplexes after two years of pandemic make up many of this year’s top contenders.

For the first time, two sequels — “Top Gun: Maverick” and “Avatar: The Way of Water” — were nominated for best picture. The two films together account for some $3.5 billion in box office. Tom Cruise missed out on an acting nomination, but “Top Gun: Maverick” — often credited with bringing many moviegoers back to theaters — walked away with seven nominations, including best sound, best visual effects and best song for Lada Gaga’s “Hold My Hand.” Ryan Coogler’s “Black Panther: Wakanda Forever,” made in the wake of Chadwick Boseman’s death, also scored five nominations, including the first acting nod for a performance in a Marvel…