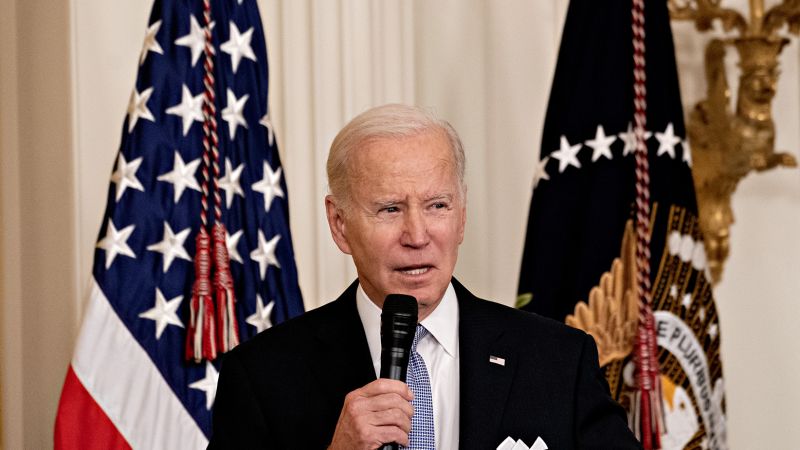 The FBI search of President Joe Biden’s home and discovery of more classified material deepened the seriousness of his secret documents controversy and worsened the political fallout.

Biden’s lawyers argued that Friday’s search underscored his cooperation with a special counsel’s investigation – implicitly distinguishing him from the behavior of ex-President Donald Trump in his own classified documents scandal.

Yet the reality of FBI officers searching the private residence of a sitting president remains an extraordinary one, however the White House seeks to downplay it. It provoked new questions over why Biden still had classified information from his time as a vice president; how material, typically treated with extreme care by federal employees, ended up at his private residence; and whether it was secure from prying eyes in the years it was there.

The new discoveries led to some pointed criticism of the president even among Democrats. The White House’s management of the controversy, which has fed the classic drip, drip cycle of a slowly emerging Washington scandal, has distracted from a period of political success for the president and offered openings for the new Republican House majority.

“When that information is found, it diminishes the stature of any person who is in possession of it, because it’s not supposed to happen,” Senate Majority Whip Dick Durbin said on CNN’s “State of the Union” on Sunday. “Whether it was the fault of a staffer or an attorney, it makes no difference. The elected official bears ultimate responsibility,” the Illinois Democrat added.

Durbin, like other Democrats, also tried to draw sharp comparisons between Biden’s cooperation with the Justice Department and Trump’s months of apparent obfuscation and even potential criminal obstruction over his own, larger haul of classified documents. Top Republicans, however, sought to deepen Biden’s discomfort by leveraging the opportunity he offered to his political foes.

“I think what’s significant, as a former federal prosecutor, is that no longer are they relying on the attorneys to comply, although it was consensual, the search,” House Foreign Affairs Chairman Michael McCaul told CNN’s Dana Bash on “State of the Union.” The Texas Republican continued: “But the fact is, the FBI…