‘Jeopardy!’ champ Yogesh Raut takes aim at the relevance of the very game he won 3 times 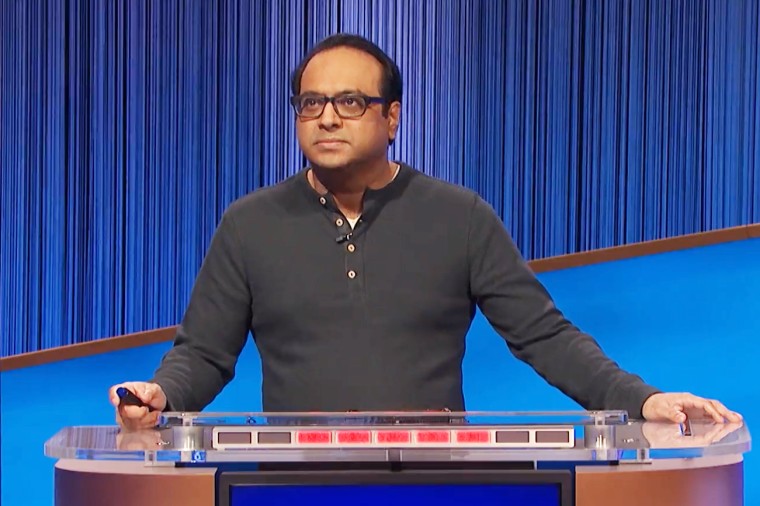 He’s a three-game ‘”Jeopardy!” winner who has a curious beef with the show that brought him a measure of TV fame and fortune.

Who is Yogesh Raut?

The trivia savant, blogger and podcaster has been on a weekslong social media rant against the show, asserting that it’s not a real quiz contest, questioning its value to society and accusing it of being “fundamentally incompatible with true social justice.”

Raut said Monday that his criticism of “Jeopardy!” is not poor sportsmanship and he pushed back on anyone calling him a sore loser.

“I don’t know if there’s any way it could not come off that way to someone who wants to read it that way,” said Raut, a 38-year-old resident of Vancouver, Washington.

Fans of the venerable answer-and-question show were introduced to Raut on Jan. 11 when he won the first of three games, which were taped in mid-November.

Raut, a well-known figure in quizzing circles, won $96,403 in prize money before being knocked out by a museum interpreter, Katie Palumbo, in a spirited contest that aired Jan 16.

Although Raut didn’t compare himself to Muhammad Ali, as Greenwell said, he cited the famed boxer as an example of a nonwhite American who stood up to powerful interests.