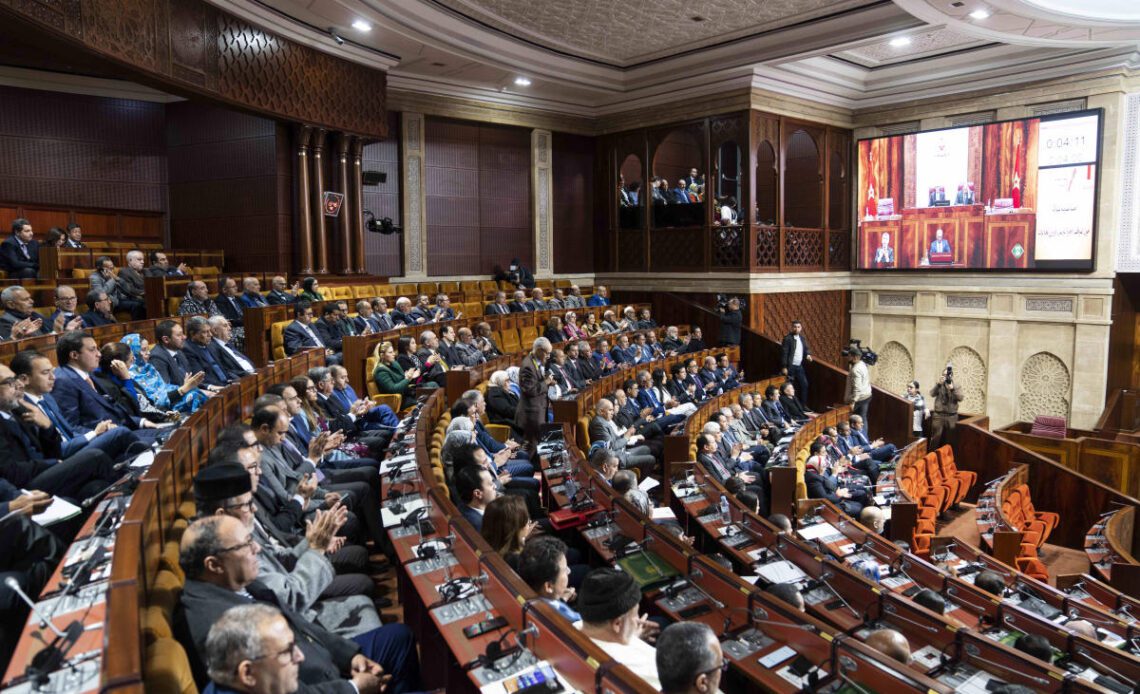 RABAT, Morocco (AP) — The Moroccan Parliament decided Monday to reconsider its ties with the European Parliament and subject them to a comprehensive evaluation after the EU legislature criticized the state of press freedoms in Morocco.

The decision followed an extraordinary joint plenary session of Morocco’s two houses of Parliament in Rabat on Monday that was convened to address the European Parliament’s resolution from last week.

The Moroccan legislators called the resolution an unacceptable attack on the kingdom’s sovereignty and the independence and sanctity of its judicial institutions, according to a joint parliamentary statement read out by the speaker of the House of Representatives, Rachid Talbi Alami.

Last week, EU legislators approved a non-binding resolution calling on Moroccan authorities to improve their respect of freedom of expression and media freedom.

The resolution said press freedom in the North African kingdom has been “continuously deteriorating,” and called for “a fair trial with all due process guarantees” for imprisoned journalists, including Omar Radi, Soulaimane Raissouni and Taoufik Bouachrine.

Such resolutions do not force EU member states to act, but are a broad indication of how the bloc of 450 million people feels about certain issues. The vote was 356-32 with 42 abstentions.

The Moroccan Parliament said the resolution broke trust and hurt progress that had been made over many years. It described Morocco as a long-standing and trustworthy partner that plays a major role in protecting rights and freedoms and defending regional and international peace and security, according to the statement.

It added that the kingdom will never accept guardianship or lessons from anyone.

The Parliament defended judges’ decisions in the cases mentioned by the European resolution, saying they had nothing to do with journalism or freedom of speech but were about crimes such as sexual assault and taking advantage of people’s weaknesses.

Radi, a prominent investigative journalist and activist, was convicted in 2021 on charges of espionage and sexual assault and sentenced to six years in prison. Radi denies wrongdoing, and rights groups say the charges were politically motivated.

Radi was the subject of an Amnesty International report in June 2020 that said Moroccan authorities had unlawfully spied on the journalist through his phone by using sophisticated surveillance software. The Moroccan government disputed the…