Opinion: India is on the cusp of replacing China in so many ways 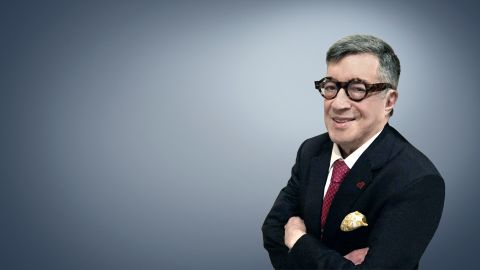 Editor’s Note: David A. Andelman, a contributor to CNN, twice winner of the Deadline Club Award, is a chevalier of the French Legion of Honor, author of “A Red Line in the Sand: Diplomacy, Strategy, and the History of Wars That Might Still Happen” and blogs at Andelman Unleashed. He formerly was a correspondent for The New York Times and CBS News in Europe and Asia. The views expressed in this commentary are his own. View more opinion at CNN.

Asia is hurtling toward a tectonic power shift headlined by ever more rapid changes in population growth. The West, especially the United States, better be prepared.

A dramatic demographic shift is underway after China’s population shrank in 2022 for the first time in six decades. Meanwhile, India, with its continued population growth, is projected to surpass China as the world’s most populous country by UN estimates as soon as April.

The latest statistics show that China is increasingly coming face-to-face with its one-child policy, which officially ended in 2016 after more than three decades. The policy introduced a number of challenges; perhaps the most paramount is the 4-2-1 problem, where one working individual, by virtue of being an only child, ends up having to support four grandparents and two parents — a huge drain on the working population. It also puts a strain on China’s government-backed pension system.

This crisis is the fruit of a policy designed by the Communist Party to slow population growth and promulgated in an open letter on September 25, 1980, that no family would be allowed to have more than one child. The policy also led to abortions of female fetuses, abandonment and even infanticide due to the preference for sons, and the ratio between men and women eventually began to skew.

Within a decade, the fertility rate had plummeted below 2.1 — a rate sustaining zero population growth.

By 2016, families were officially allowed to have two children, then three children by 2021, and no fines were imposed on families regardless of their size. By then, however, it was too late to reverse the catastrophic demographic trend.