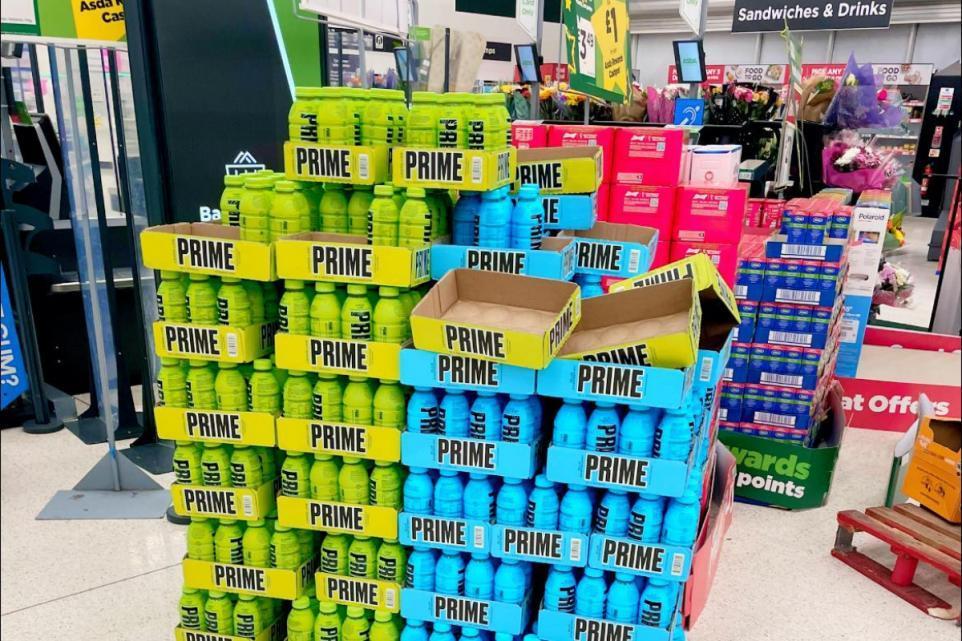 Fans of Prime Hydration are being urged to make sure they are not paying over the odds for a fake product.

The viral drink, created by YouTubers KSI and Logan Paul, has become a huge hit among customers, with many queuing up early in the morning whenever new stock lands at Asda, Aldi or Costco.

However, some are trying to take advantage of the unprecedented demand, charging huge amounts of money for one bottle of the drink or even creating fake products to sell.

After speculation some shops may be selling fake overpriced products, experts at Ubuy.com have released a warning to make sure shoppers aren’t caught out by the counterfeit drinks.

Explaining the differences between the real Prime product and the fakes, Ubuy.com’s international buying manager, Helen Whaldon said: “In January 2022, YouTube influencers Logan Paul and KSI released Prime Hydration and within days the company was estimated to be worth $150,000,000.

“Like any other high demand products, the black market quickly produces counterfeit versions to make money at the consumer’s expense.

“Fake and overpriced products are being found in local corner shops, eBay and other online stores.

“It’s one small defect that the counterfeit product has, that could go unmissed, and it’s the bottles pattern.

“Fake products will only have 3 stick out ridged patterns, whereas the official product has 5. Also, fake products state 472ml whereas genuine products have 473ml (the correct serving).”

Find out where you can get Prime near you

With such high demand, Prime has been selling out quickly, with many bottles appearing for sale elsewhere at a much-heightened price.

If you have been on the lookout for where you can get a bottle, Prime now has its own stock checker app that reveals where you can find the drink across the UK.

What is Prime Hydration?

The drink comes in a number of different flavours including Lemon Lime, Tropical Punch, Ice Pop and Blue Raspberry.

The drink is made up of 10 per cent coconut water and 825 milligrams of electrolytes.

On the website, the YouTube stars wrote: “We created PRIME to showcase what happens when rivals come together as brothers and business partners to fill the void where great taste meets function. ​

“We dropped our first product, PRIME Hydration in…