2 more dead in one of B.C.’s most dangerous avalanche seasons 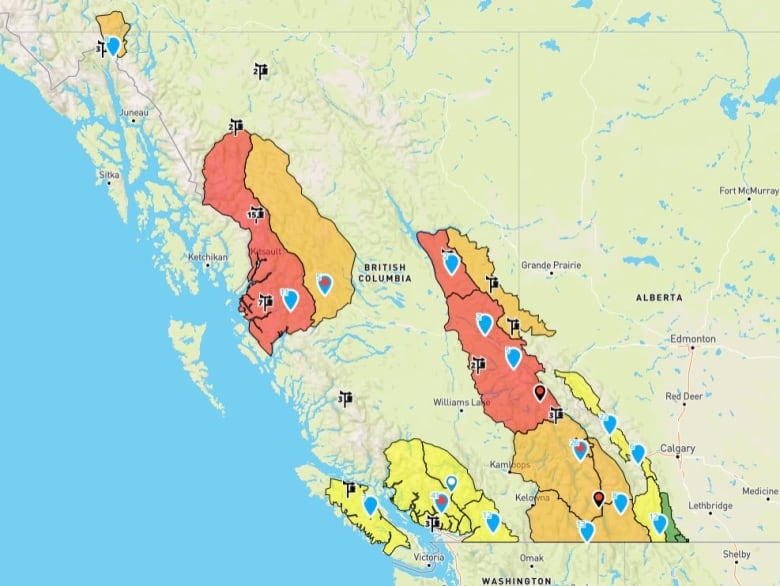 Two more people have died in what is shaping up to be one of British Columbia’s most dangerous avalanche seasons.

The latest fatalities occurred near the town of Revelstoke, B.C., about 200 kilometres northeast of Kelowna.

According to a statement from CMH HeliSkiing, which provides guided backcountry tours, three people were caught in the avalanche around 2:46 p.m. MT Monday — two clients who were fully buried and one guide who was partially buried.

The two clients were dug out and flown to Kelowna General Hospital, where they were pronounced dead, the company said.

The guide is in stable condition.

“The thousands of guests who ski with us each winter are like our family,” CMH president Rob Rohn said in a written statement.

“It is impossible to put into words the sorrow that we feel and the sadness that is shared by our guests, their families and all of our staff.”

RCMP say the avalanche happened in the Mount McRae area, near the Alkolkolex tenure southeast of Revelstoke near an area known as “Chocolate Bunnies.”

The B.C. Coroners Service has taken over the investigation.

Avalanche Canada has warned the snowpack this season is unusually weak and highly susceptible to avalanches, with conditions usually seen once every one or two decades.

In addition to the two fatalities Monday, three other people have died in B.C.’s backcountry this year.

Another person was taken to hospital Monday after being caught in an avalanche near the community of Cherryville, about 80 kilometres northeast of Kelowna.

Forecasters have told CBC that dangerous conditions are likely to persist for some time in the province, particularly in the Interior and northwest B.C.

“Professionals with decades of experience suggest that this weak of a snowpack is only seen every 10 or 20 years,” said Avalanche Canada forecaster Zoe Ryan.