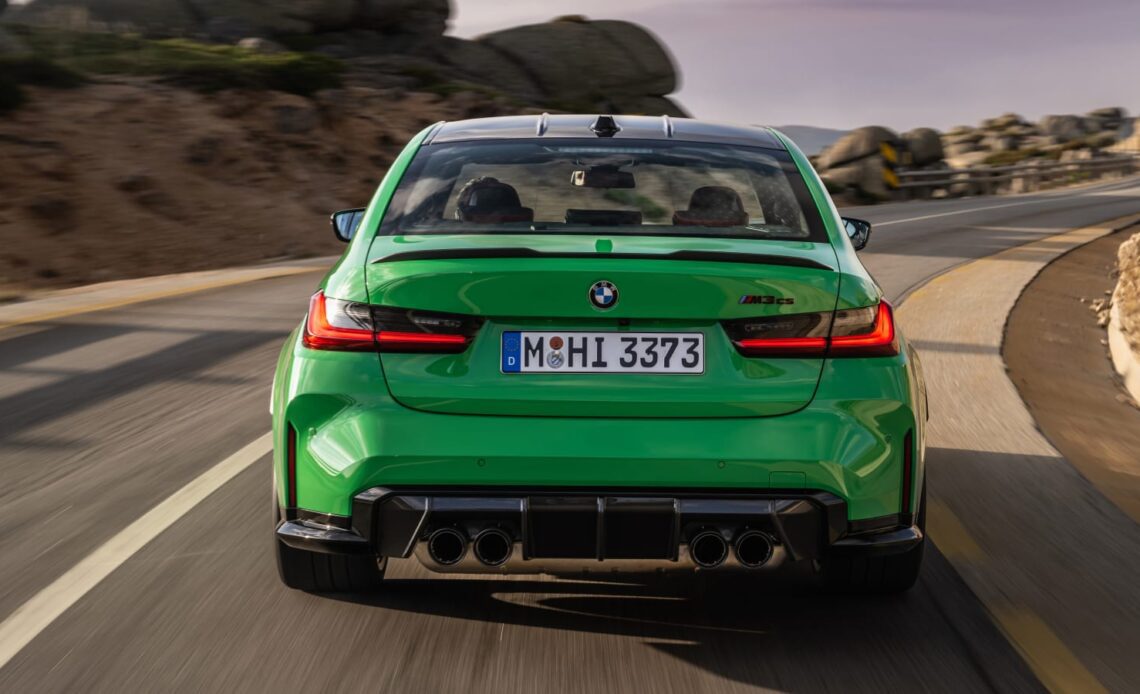 Now that the current generation BMW M3 and M4 have been out for a few years, the high-performance variants are officially in full swing. Last year saw the M4 CSL be revealed, but this year BMW adds the 2024 M3 CS to the lineup.

“CS” stands for Competition Sport, and if you’re already familiar with the formula for BMW CS models, this one maintains the trend. The 3.0-liter twin-turbo inline-six engine is massaged to produce 543 horsepower now, a 40-horsepower boost over a regular M3 Competition. Torque output remains the same at 479 pound-feet. BMW says it found the extra power by increasing boost pressure from 24.7 psi to 30.5 psi. It also features model-specific changes to the engine management software.

BMW says the CS features specially-designed engine mounts for a more rigid connection between the engine and vehicle structure. As a result, throttle inputs and the transmission of torque to the drivetrain should be sharper. The CS will only be offered with all-wheel drive and an eight-speed automatic transmission, both of which are necessary to make it the quickest M3 variant with a 0-60 mph time of just 3.2 seconds. That’s 0.2 second quicker than a non-CS M3 Competition xDrive model. Top speed is 188 mph, making the CS faster on the top end by 8 mph.

For those who want for rear-wheel drive, the CS’ AWD system can be put in a 2WD-only mode with stability control off. BMW also says it’s optimized the multi-plate clutch’s oil supply to keep the system performing at its peak under hard track driving. Tough luck to anybody wishing for a manual transmission.

The chassis gets some choice upgrades for improved handling performance. BMW says it has specially tuned the electronically controlled dampers and anti-roll bars for the CS model. Plus, it features unique wheel camber settings and model-specific axle kinematics tuning. The steering is uniquely tuned for the CS, and the calibrations for the stability control and AWD system are, too. Michelin Pilot Sport Cup2 tires can be fitted as a no-cost option, but conventional (unspecified for now) high-performance tires are available as a standard setup. The tires wrap standard forged wheels — 19-inch in front and 20-inch in rear — finished in either Gold Bronze or matte black. M Carbon ceramic brakes are available, but the M3 Competition xDrive’s standard brakes are fitted otherwise.