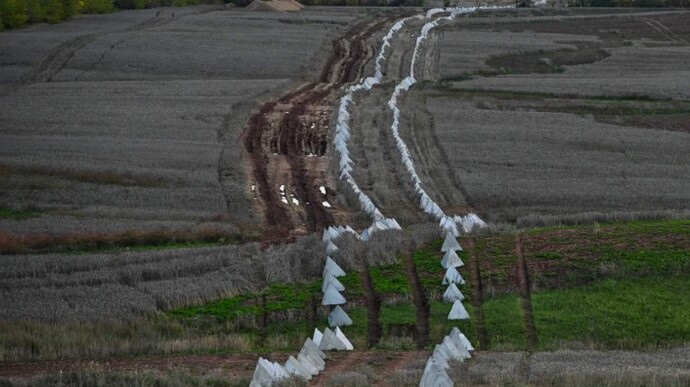 Quote: “We reported at the end of last week that anti-tank structures for the Russian Armed Forces, the so-called ‘dragon’s teeth’, have been produced in Gomel for over a month. We assumed at that time that there were only a few factories producing them and it is unlikely that large volumes were involved. However, the real scale turned out to be much more serious.”

Details: It was reported that a number of Belarusian factories received orders for the production of anti-tank structures a few months ago. The amount of the structures ordered is approximately 20,000 – 30,000 pieces, and this is only at the factories in Gomel Oblast.

The investigators managed to obtain accurate production drawings and found out that at the moment anti-tank structures for the Russian Federation are produced by no less than six factories in Belarus.

Also, the characteristics and materials of these products became known, as well as where they are produced, how much they cost, and most importantly, where and for what purposes they are transferred.

Thus, reinforced concrete “dragon’s teeth” have the shape of a tetrahedron and are made of M400 or M550 concrete (B40 class). This is a special concrete that has high technical characteristics in terms of strength and durability.

“Dragon’s teeth” are transported to Russia on trucks with Belarusian and Russian vehicle registration plates (in particular, Bryansk registration), with at least 15-20 “teeth” in one truck. They reach Russia through at least two border crossings.

According to preliminary information, the village of Voronok (Bryansk Oblast, Russian Federation) is one of the locations where concrete fortifications are supplied.

At the same time, according to the investigators, this is not one point where defence structures are delivered from Belarus. It is possible that there are more factories that produce reinforced concrete…