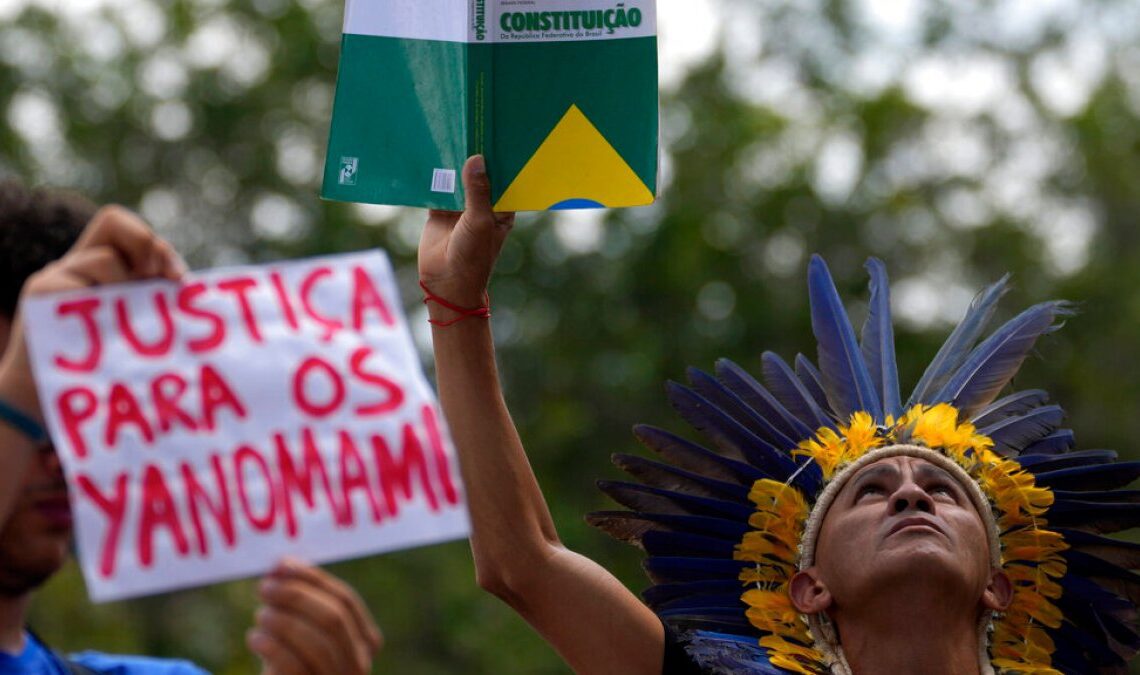 Brazilian officials have said that the Yanomami Indigenous people are living in dire conditions, as illegal gold miners threaten them with violence and block the delivery of goods such as food and medicine to their embattled region.

On Tuesday, Indigenous Health Secretary Weibe Tapeba said that the government should evict the miners — some of whom are well armed — from an area of the Yanomami reservation near the border with Venezuela.

“It looks like a concentration camp,” Tapeba said of the Yanomami’s living conditions in a radio interview. “It’s an extreme calamity. Many Yanomami are suffering from malnutrition and there is a total absence of the Brazilian state.”

The statement comes three days after Brazil declared a public health emergency for the Yanomami people in the Amazon rainforest, who suffer from malnutrition and diseases like malaria due to the actions of the miners.

Under former far-right President Jair Bolsonaro, critics have said the government largely stood by as Indigenous rights were violated and forests were torched, allowing business interests to illegally extend their reach into the Amazon.

An April 2022 report by the Hutukara Yanomami Association found a 46-percent increase in the area of land on the Yanomami reservation that was scarred by “garimpo”, or wildcat gold mining, in 2021.

Tapeba also said that an invasion of about 20,000 illegal gold miners contaminated rivers and their fish with mercury, poisoning a food source for the Yanomami and causing children to lose their hair.

President Luiz Inacio Lula da Silva, who defeated Bolsonaro in the 2022 elections and was sworn in earlier this month, visited the region last weekend after photos were published of Yanomami children and elderly so malnourished that their ribs were protruding.

Lula has promised to crack down on illegal business activity in the Amazon, protect Indigenous communities and reverse the massive deforestation that proliferated during Bolsonaro’s time in office.

On Monday, Justice Minister Flavio Dino also stated that there was “evidence of genocide” that was under investigation.

“Health teams cannot get here because of the heavily armed bandits. This can only be resolved by removing the gold miners, and that can only be done by the armed forces,” said Tapeba, who was appointed by Lula’s government.

The group Survival International warned in December that malnutrition…