Car detonates with collaborator inside in occupied Berdiansk 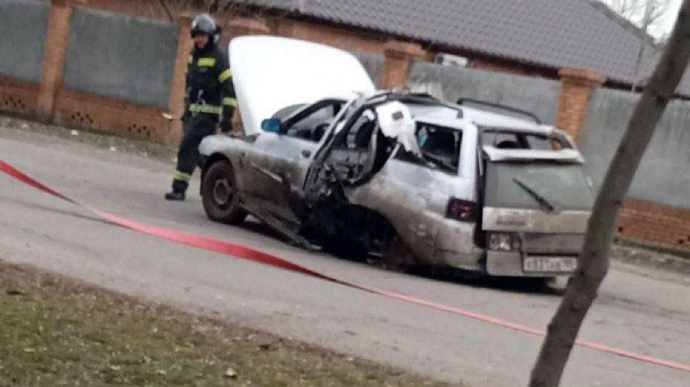 A car was blown up in occupied Berdiansk.

Details: According to the Russian-appointed “military-civilian administration head”, Rogov, around 16:00, a VAZ car belonging to local businesswoman Valentina Mamai, who, according to preliminary information, was in the car at the time of the explosion, was blown up on Rudenko Street, near the school No. 5.

According to Fedorov, Mamai gladly met the occupiers, organised a pseudo-referendum and betrayed the patriots of Berdiansk.

Quote: “[Mamai is – ed.] Now in the hospital, shaking with fear for her life. And this is right, because the ‘fireworks’ for the collaborators are just beginning. Therefore, traitors in Zaporizhzhia [Oblast – ed.] should prepare themselves!.”