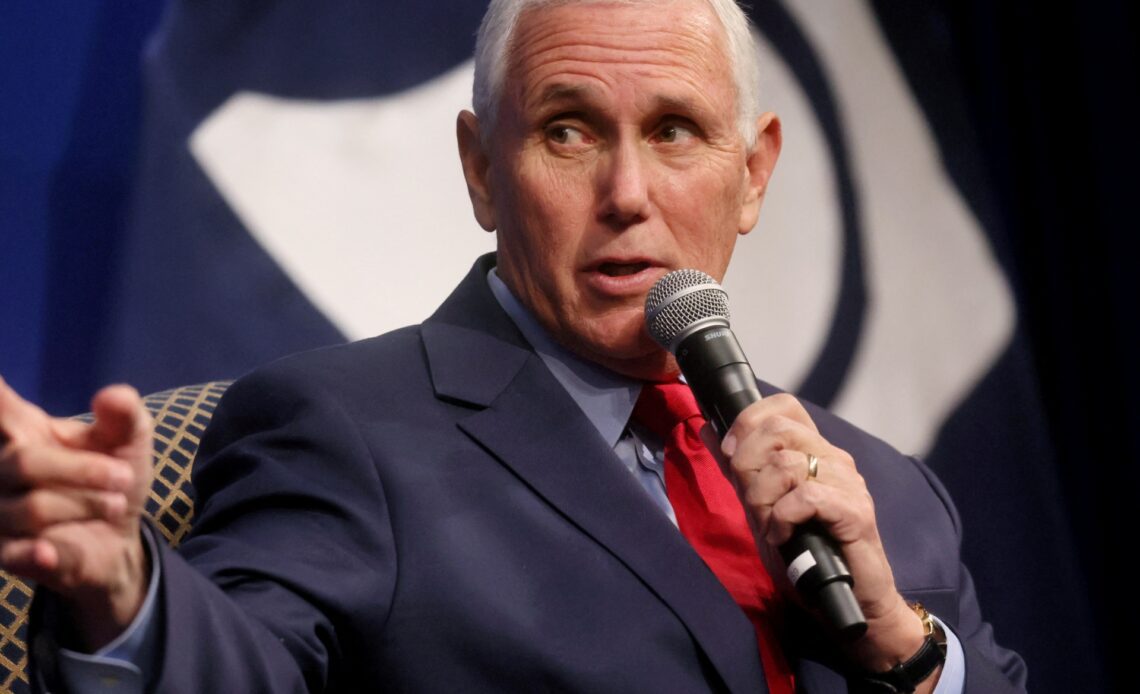 Mike Pence, the former vice president under Donald Trump, is cooperating with the FBI to turn over classified materials.

Classified documents have been recovered at the home of former Vice President Mike Pence in Indiana, the latest in a string of revelations that have drawn attention to how United States politicians at the highest level handle sensitive materials.

In recent months, US President Joe Biden and his predecessor Donald Trump, under whom Pence served, have both been involved in investigations regarding their handling of classified materials.

Pence’s lawyer, Greg Jacob, revealed on Tuesday that the former vice president and Indiana governor had been cooperating with the FBI to turn over the classified materials.

Jacob issued a letter to the US National Archives last week acknowledging the presence of classified materials at Pence’s residence in Indiana, saying that the former vice president had been “unaware” of their existence.

Pence “understands the high importance of protecting sensitive and classified information and stands ready and willing to cooperate fully with the National Archives and any appropriate inquiry,” Jacob said in the letter.

“The additional records appear to be a small number of documents bearing classified markings that were inadvertently boxed and transported to the personal home of the former Vice President at the end of the last Administration,” he explained.

Pence had previously told The Associated Press news agency that he had not taken any classified materials when he left office in January 2021. “Not to my knowledge,” he said.

The revelation came weeks after classified documents were discovered at Biden’s Delaware residence, as well as at the president’s offices at the Penn Biden Center, a Washington, DC think tank. Those documents date back to Biden’s time as vice president, under Democrat Barack Obama.

On January 12, US Attorney General Merrick Garland appointed a special counsel, Robert Hur, to investigate Biden’s handling of the documents. The White House has said it will cooperate with the investigation and Richard Sauber, special counsel to the president, has described the volume of documents involved as a “small number”.

A 13-hour search of Biden’s Delaware home on January 20th unearthed more documents with classified markings including some dating back to his time as a US senator.