Rep. Steube announces 'Good Samaritan' who called 911 after his fall will be his 'official guest' for SOTU 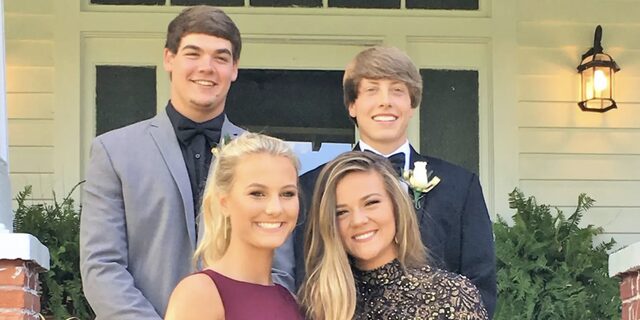 A South Carolina judge on Tuesday approved a settlement agreement between members of the Murdaugh family and victims of a deadly 2019 boat crash on the Murdaughs’ boat.

Earlier this month, the family of 19-year-old Mallory Beach, who died aboard the Murdaughs’ boat during the accident, reached a settlement with Buster Murdaugh, 26, the only living son of disgraced South Carolina lawyer Alex Murdaugh, 54, as well as the estate of Alex Murdaugh’s deceased wife, Maggie Murdaugh. Alex Murdaugh is accused of murdering his wife Maggie, 52, and son Paul, 22, in June 2021.

While the Beach family is “pleased” with Judge Daniel Hall’s ruling, they do not feel it was the “best decision given the circumstances,” Beach family attorney Mark Brandon Tinsley told Fox News Digital in a statement. It was, however, “the only decision for all who had any real interest,” he said.

“We also believe the ruling will help give some closure to the people who so desperately deserve it,” Tinsley added.

Clockwise from left: Anthony Cook, Connor Cook, Miley Altman and Mallory Beach. The friends were in boat with a drunken Paul Murdaugh when it crashed into a bridge killing Beach and injuring the other three.
(Facebook)

The two remaining defendants in the case were Alex Murdaugh and Parker’s Kitchen, a convenience store where Paul Murdaugh, who was then underage, is believed to have purchased alcohol for the boating excursion. Hall finalized the settlement on Tuesday.

Mallory Beach died during an allegedly booze-fueled boating trip along the South Carolina coast in the Murdaugh family’s boat, which Paul Murdaugh was driving at the time, before it crashed into a bridge near Parris Island, sending several passengers flying overboard.

The boat Paul Murdaugh was driving when he drunkenly crashed into a bridge in Beaufort, South Carolina, killing Mallory Beach and injuring four others.
(Beaufort County Sheriff’s Office)

A general view of Archers Creek Bridge in Beaufort, South Carolina. Paul Murdaugh was charged with the death of 19-year-old Mallory Beach after crashing his family’s boat in 2019.
(Mark Sims for Fox News Digital )

Beach never made it out of the water that night, and her body was found eight days later, about five miles from the crash site.