Dems mobilize to defend Omar in face of GOP defections 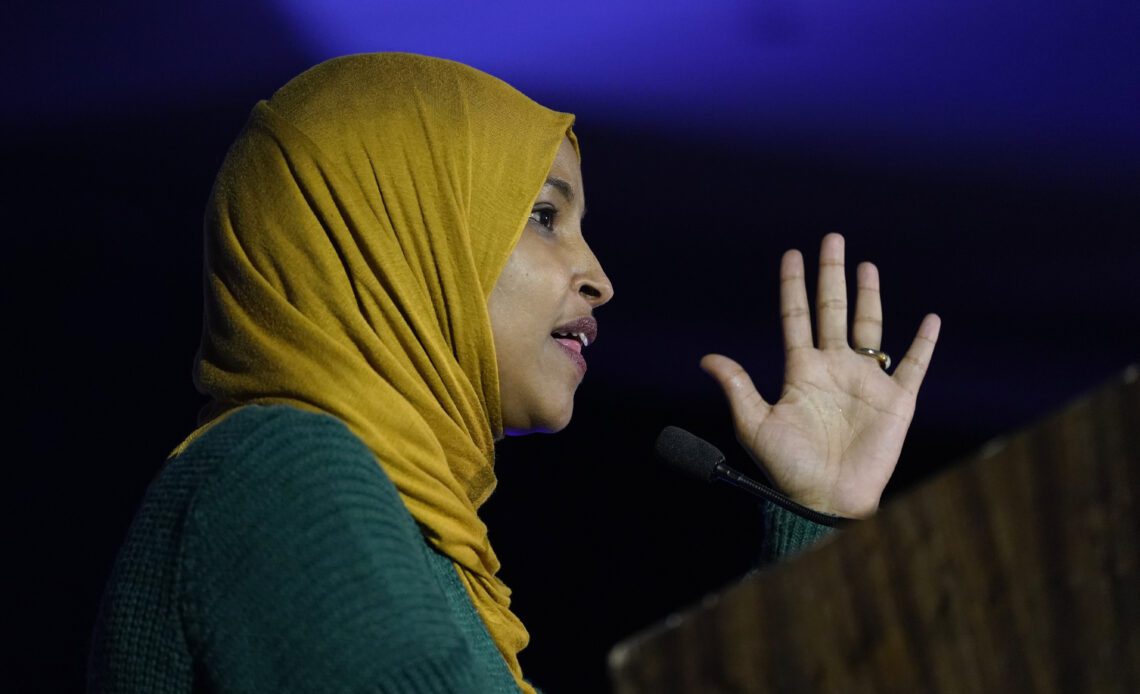 “She will be the first to tell you that we both disagree on a lot of things. I love Israel, and I will defend it wholeheartedly. She’s deeply troubled by the Israeli government. But that doesn’t mean that there shouldn’t be a voice on the Foreign Affairs Committee, even if it is painful for me,” said Minnesota Rep. Dean Phillips — a Jewish Democrat who in the past spoke out against some of her remarks, for which she later apologized.

Asked about whether his Democratic colleagues would come to the same conclusion: “I think some are struggling, but I ultimately believe yes.”

Taking Omar off panels only requires a simple majority vote, but even that could prove difficult for a House GOP with a historically slim margin — and a second public defector emerging Tuesday, as Rep. Victoria Spartz (R-Ind.) joined Rep. Nancy Mace (R-S.C.) in declaring that she wouldn’t vote for yanking Omar.

Democrats are privately lobbying other Republican members of the Foreign Affairs panel to oppose Omar’s removal. Centrist Rep. Brian Fitzpatrick (R-Pa.) and Rep. Chris Smith (R-N.J.), Omar’s expected counterpart on a Foreign Affairs subpanel, are seen as top prospects, according to several Democrats familiar with the situation. Smith declined to comment, citing his focus on a health issue.

Another panel member, Rep. Tim Burchett (R-Tenn.), was still undecided, he told POLITICO. And Rep. David Valadao (R-Calif.) was also undecided, according to a person familiar with his thinking.

If just two more Republicans promise to vote against booting Omar, it will mark a humiliating defeat for GOP leaders on a priority they’ve broadcasted for years — further rattling a conference that’s still trying to counter the narrative that it’s too divided to accomplish much over the next two years.

Powerful Democratic blocs like the Progressive Caucus, where Omar serves in leadership, and the Congressional Black Caucus are expected to rally behind the Minnesotan, a high-profile liberal who’s the regular subject of intense vitriol and even death threats. Omar had been evacuated to a secure location along with congressional leaders during the Jan. 6 attack on the Capitol.

“It’s ridiculous,” Black Caucus Chair Steven Horsford (D-Nev.) said in a brief interview. “We support Rep. Omar. She’s an effective legislator who deserves to maintain her seat and we’re gonna continue to represent her and other members who are being used as political pawns in…