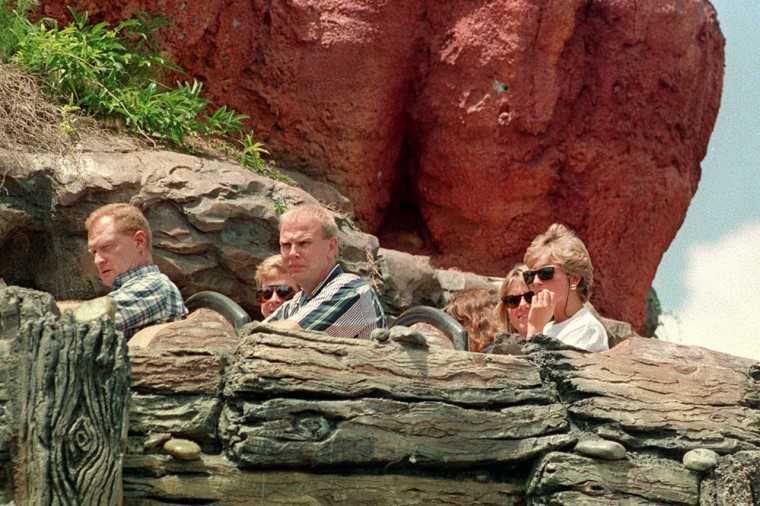 Walt Disney World has closed its famous Splash Mountain water ride, the Magic Kingdom attraction that for years had been criticized for having racist roots. But not everyone was happy to see the ride go.

It closed Sunday, and by Tuesday, the TikTok hashtag #goodbyesplashmountain had attracted 1.6 million views. Somber tribute videos to the ride set to the song “Zip-a-Dee-Doo-Dah” — some of which claimed to show visitors’ last times riding its log boats over its waterfall with a 45-degree drop — had thousands of likes.

“I will miss you forever. Goodbye, Splash Mountain,” read the caption of a video that had more than 1,300 likes Tuesday afternoon.

Another video claims to show a two-plus-hour wait to board on the final day.

Other Disney devotees — some of whom are known as “Disney adults” — looked to capitalize on the ride’s closing by listing more than 70 bottles, Mason jars and plastic bags filled with what they claimed to be “Splash Mountain water” on eBay. Some sellers said they swiped the liquid during the ride’s last days of operation.

The containers fetched dozens of bids, with some buyers offering to pay more than $50.

The closing of the 30-year-old ride — which Princess Diana visited in 1993 — follows years of calls for change because it features several characters from Disney’s 1946 film “Song of the South,” which featured racist stereotypes.

The film, set on a plantation, features an elderly Black man known as Uncle Remus who tells traditional African American folk tales to white children cared for by Black servants.

Walter White, the former executive secretary of the NAACP, said the film “helps to perpetuate a dangerously glorified picture of slavery.”

In March 2020, Disney Executive Chairman Bob Iger confirmed the film would not appear on the streaming service Disney+ and said it is “not appropriate in today’s world,” Deadline reported.

That June, Disney announced Splash Mountain would be “reimagined” as Tiana’s Bayou Adventure, based on Disney’s first Black princess, featured in the 2009 film “The Princess and the Frog.”

Tiana’s Bayou Adventure will open at Magic Kingdom and Disneyland Park, in Anaheim, California, in 2024. (It was not immediately clear when Splash Mountain at Disneyland Park closed.)