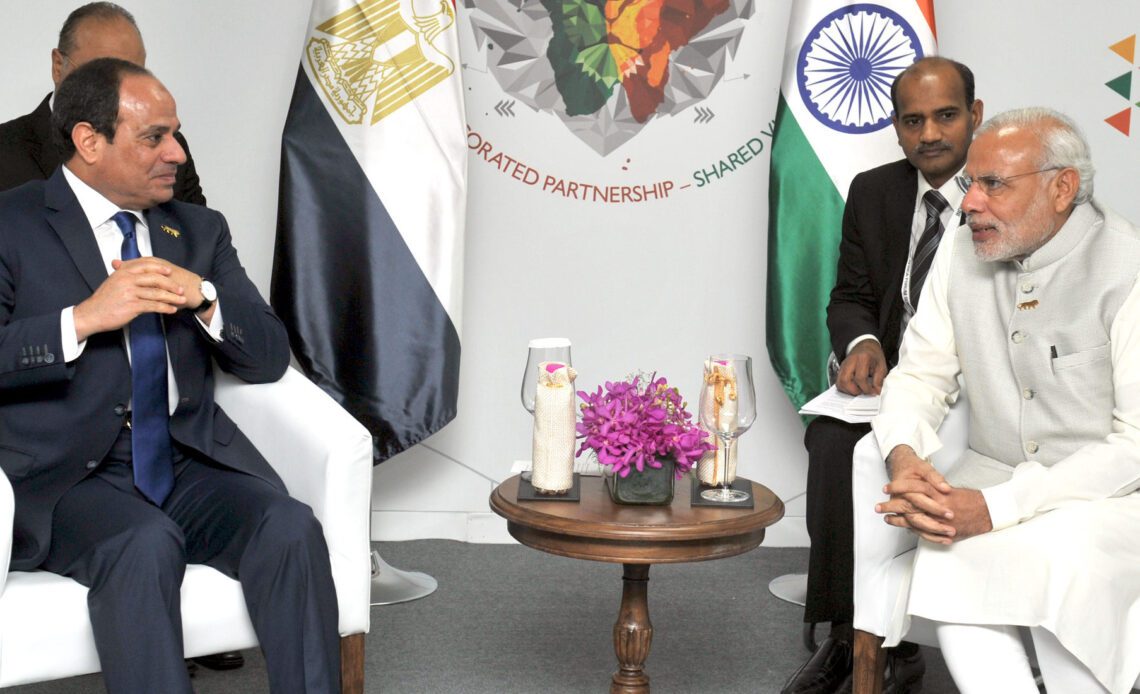 Egypt’s President Abdel Fattah al-Sisi will be the chief guest at India’s Republic Day celebrations on January 26 in New Delhi. This coincides with the 12th anniversary of Egypt’s January 25 revolution, which Sisi turned against.

In India, Republic Day marks when post-colonial India adopted its constitution and declared itself a republic.  The constitution, work of a committee chaired by the eminent Dr. B.R. Ambedkar, a Dalit, guarantees full equality and rights to all Indians and declares the country a secular, socialist republic. It is this history and context which has made Republic Day a very significant national day in India.

However today’s India is led by a Hindu ethno-nationalist party committed to converting it into a Hindu nation. People are living through times reminiscent of 1930’s Germany. The fundamental guarantees provided in the constitution are being violated. Legislation and actions reminiscent of the Nuremberg laws are being passed. The government of India has been called out by domestic and international human rights organizations for unleashing and engendering violence and detentions against Muslim, Dalit and Christian minorities as well as any human rights defenders.

Meanwhile, January 25 marks the start of the 17 days in 2011, which forced one of the region’s longest-serving and most influential leaders, Egyptian President Hosni Mubarak, from power. We recall that moment of incredible exhilaration as all Egyptians aspired to more democracy and social justice. Unfortunately, on July 3, 2013, then General Abdel Fattah El-Sisi staged a coup d’état that toppled President Mohamed Morsi, the first democratically elected president of Egypt and returned the country to dictatorial rule..

Since his ascent to power through dubious elections, El-Sisi has governed Egypt with an iron fist. Under his direct command, on August 14, 2013, two encampments of protesters in Rabaa and Al Nahda squares, demanding that President Morsi be reinstated, were dismantled by lethal force and more than 1,000 people were killed.  To date, no one has been held accountable. Since then, all dissenting voices have been silenced and more than 60,000 political prisoners languish behind bars in abject conditions.

Given this context, members of the Egyptian and Indian diaspora find it unsurprising that President El-Sissi has been selected by the Modi government as the guest of honour for this year’s Republic Day celebrations in India.