Elizabeth Holmes says prosecutor’s claim she tried to flee the U.S. after fraud conviction is ‘baseless’ 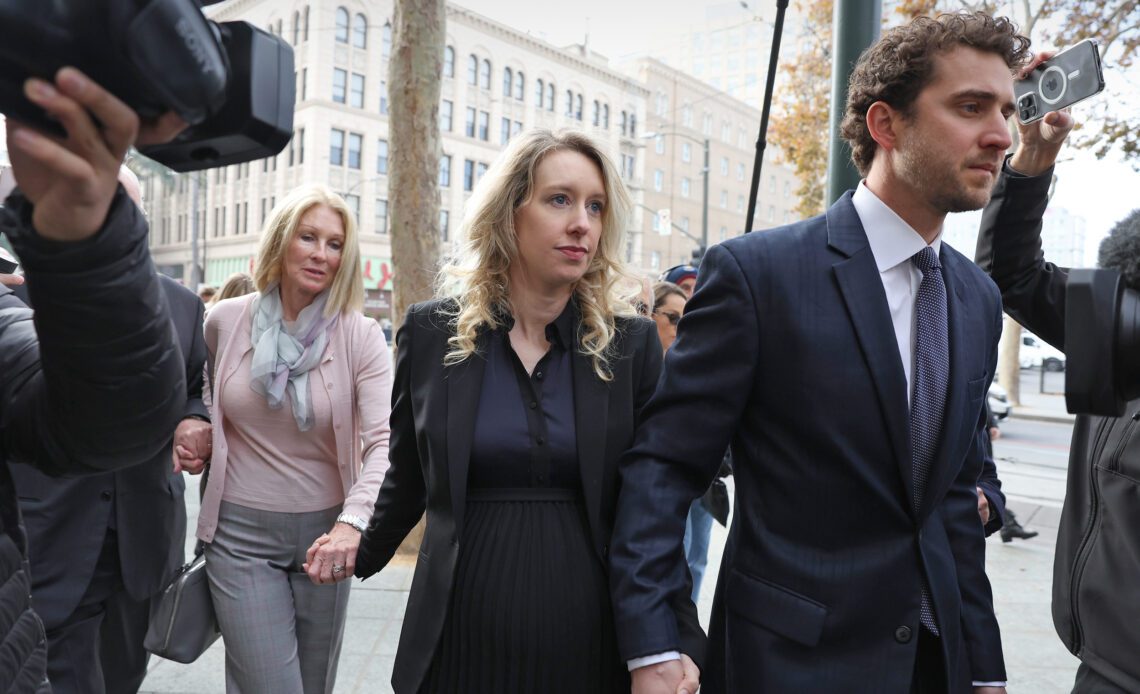 Elizabeth Holmes, the founder of the disgraced blood testing startup Theranos, told a judge Monday that the U.S. government’s accusations that she tried to flee after she was convicted of fraud were “baseless” and “inaccurate.”

Holmes was convicted on four counts of fraud in January 2022 and sentenced last fall to more than 11 years in prison.

Last week, in a filing related to deliberations about whether she was a flight risk, the government said that after her conviction, Holmes still had a one-way ticket to Mexico that officials learned about only three days before her departure date.

Prosecutors characterized the itinerary as “an attempt to flee the country shortly after she was convicted.”

But an accompanying document from one of Holmes’ attorneys said the ticket was bought before her conviction.

Monday’s filing accused the government of leveling a false accusation.

“The government’s newfound claim that Ms. Holmes attempted to flee is baseless,” Holmes’ attorneys wrote. “If the government thought she had, the Court, Pretrial Services, and the Probation Office would have heard she was a flight risk during the three years prior to trial and the year since Ms. Holmes’ conviction.”

They added that Holmes had already surrendered her passport, which “has been expired for years.” Holmes has also been in frequent contact with multiple pretrial services officers, they wrote. “She has a flawless pretrial services record,” they said.

As an explanation for the scheduled trip, the attorneys wrote that Holmes “hoped to be acquitted,” at which point she would have been able to attend the wedding of close friends in Mexico in late January 2022. Her partner, Billy Evans, booked flights for himself and Holmes in December 2021, before the verdict.

“Once the verdict was issued, Ms. Holmes did not intend to make the trip,” they wrote — and regardless, there was no way she could have gone, given the conditions of her release.

In addition, they said, “when the government inquired, defense counsel quickly responded and explained the situation, and Mr. Evans canceled the ticket.”

Holmes’ attorneys said lead prosecutor Jeffrey Schenk wrote to Holmes lawyer Lance Wade on Jan. 23, 2022: “I do not believe there is need for us to discuss this further, but I will certainly be in touch if that changes, and please feel free to reach out if you disagree.”