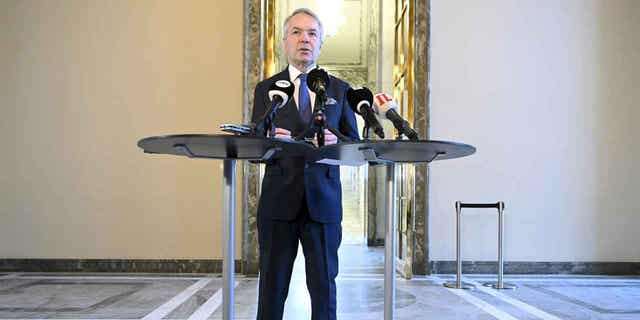 Finland’s top diplomat appeared to suggest Tuesday that the country may have to consider joining NATO without Sweden after Turkey’s president cast serious doubt on the expansion of the military alliance.

“We still have to evaluate the situation if it turns out that Sweden’s application is stalling for a long time to come,” Foreign Minister Pekka Haavisto told Finnish broadcaster YLE.

His comment came a day after Turkish President Recep Tayyip Erdogan warned Sweden not to expect support for its bid for NATO membership following weekend protests in Stockholm by an anti-Islam activist and pro-Kurdish groups.

It was the first time a leading government official in either country had appeared to raise doubts about joining the alliance together. Haavisto later backpedaled, telling reporters in Parliament that his comment earlier Tuesday had been “imprecise” and that Finland’s ambition to join NATO jointly with Sweden remained unchanged.

He said he had spoken with NATO Secretary-General Jens Stoltenberg, who had stressed to Haavisto that the military bloc would like to see the two Nordic nations join simultaneously.

“But of course there have been raised concerns within NATO on how the (recent) incidents in Sweden will affect the schedule,” Haavisto said.

The bid by Sweden and Finland to join NATO needs the approval of all existing NATO members, including Turkey, which has so far blocked the expansion, saying Sweden in particular needs to crack down on exiled Kurdish militants and their sympathizers.

Finland’s Foreign Minister Pekka Haavisto speaks at the Parliament building in Helsinki, Finland, on Jan. 24, 2023. Haavisto appears to have suggested that the country may have to join NATO without Sweden.
(Vesa Moilanen/Lehtikuva via AP)

Until now, Sweden and Finland have been committed to joining the alliance together, but Haavisto’s comment to YLE raised concerns that Finland was considering proceeding without its Nordic neighbor.

“We are in contact with Finland to find out what is really meant,” Swedish Foreign Minister Tobias Billström said in a statement to The Associated Press. “Sweden respects the agreement between Sweden, Finland and Turkey regarding our NATO membership. We have done that so far and we shall continue to do so.”