FLASHBACK: Pence went after Trump over classified documents before finding stash in his own house 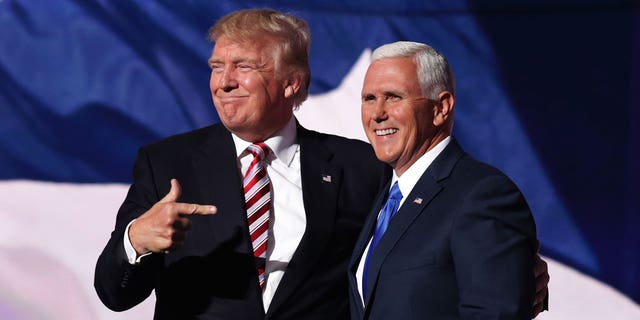 Pence made the comments during a November appearance on Meet the Press, with host Chuck Todd questioning him on a number of topics. Pence called Trump’s handling of classified documents “not proper” at the time.

“I’ve not hesitated to criticize the president when I think he was wrong. And clearly, possessing classified documents in an unprotected area is not proper,” Pence said, going on to criticize how Biden’s Justice Department handled the issue.

“I was on the Judiciary Committee for ten years in the House of Representatives. I, I know how the Justice Department works, and there had to be many other ways to resolve those issues,” he added.

Donald Trump and Mike Pence pose together on a stage.
(Getty Images)

The moment has come back into the spotlight following a Tuesday report from Fox News detailing that Pence’s own lawyers discovered roughly a dozen classified documents in his Indiana home. Pence informed Congress this week that the documents were found in his Carmel, Indiana home on January 16.

Pence’s representatives say they immediately put the documents into a safe and inform the Justice Department, and the FBI recovered the documents on January 19.

Pence joins Trump and President Biden in being found to have mishandled classified documents, with Trump keeping documents in his Mar-a-Lago home and Biden keeping some in his Wilmington, Delaware home.

U.S. President Joe Biden delivers remarks on what he calls the “continued battle for the Soul of the Nation” in front of Independence Hall at Independence National Historical…