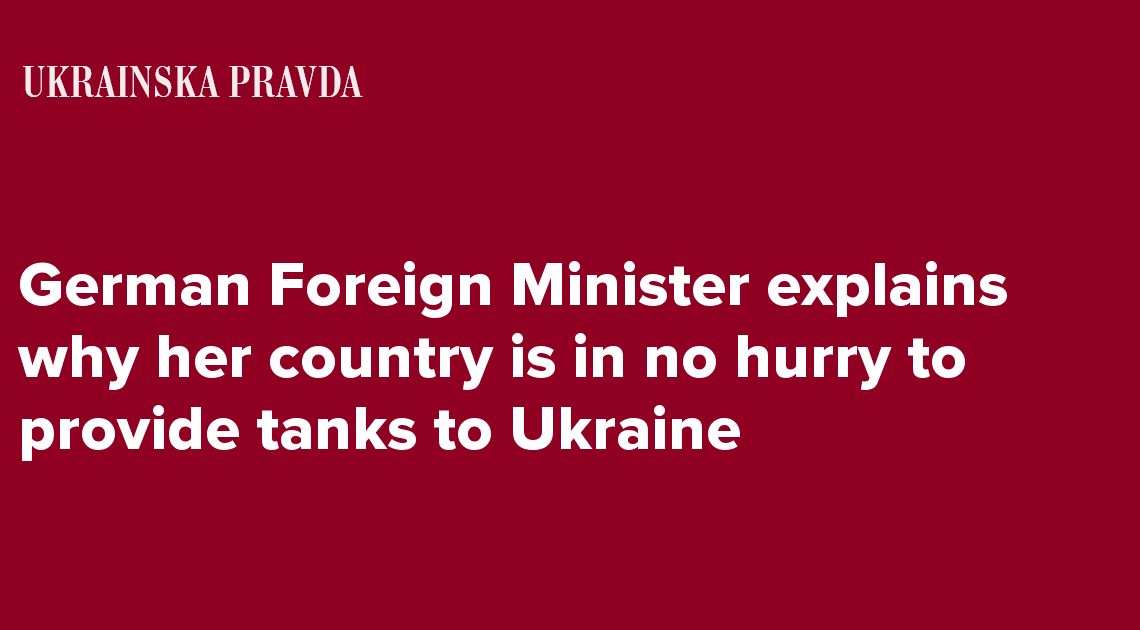 Annalena Baerbock, Minister of Foreign Affairs of Germany, in a speech at a meeting of the Council of Europe’s Parliamentary Assembly, has told MPs that Germany is not against the supply of heavy weapons to Ukraine, but is in favour of expanding the coalition of such suppliers.

Details: Baerbock spoke about her impressions of the conversation with teenagers in the city of Kharkiv and the need to defend Ukraine at the beginning of her speech.

Later, when it came to questions from PACE members, Norwegian MP Ingrid Schu called on Baerbock to explain when Germany would finally provide Ukraine with Leopard 2 tanks. The minister stated that Germany was not against providing tanks in principle, but there was one requirement.

Quote: “I admit it: Ukraine needs more support. But not only from my country, but from all countries. That’s why we are calling for tanks to be provided by a large group of countries,” she explained, without specifying when this time should come.

Details: Annalena Baerbock acknowledged that there are issues related to the disagreement on this matter within the German government, but she believes it is necessary not to blame each other, but to seek international support for supplies, and not only military ones.

Background: Earlier, Annalena Baerbock had said that Germany would not object if Poland sent Leopard tanks to Ukraine.

She also stated that she believes it is possible to bring the Russian leadership to justice for crimes committed against Ukraine.