Germany ‘now appreciating the moment’ as it finally agrees to send tanks to Ukraine, Graham says 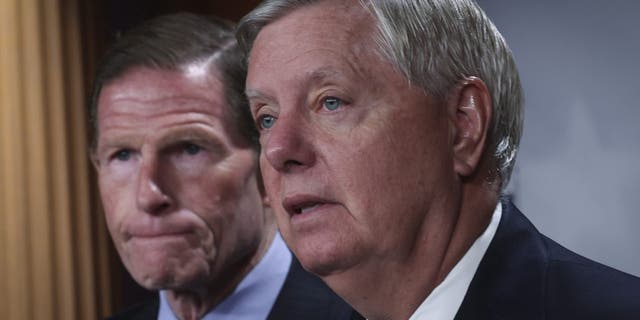 Germany on Tuesday said it would agree to send Leopard 2 tanks to Ukraine after weeks of stalling and negotiations with Kyiv and its international partners.

“I think the Germans are now appreciating the moment,” South Carolina Sen. Lindsey Graham told reporters. “It’s now a realization by the United States and Germany that the goal is to help Ukraine evict Russia.

“There is no offramp,” he added.

Berlin’s decision was reportedly announced just as Graham and Sen. Richard Blumenthal, D-Conn., were wrapping up a press conference in a direct appeal to the White House to send Abrams tanks to you Ukraine in a move to motivate Germany after it suggested it would only send tanks if the U.S. did.

The U.S. may also announce a shipment of tanks to Ukraine this week sources told Fox News, though defense officials have warned that these tanks will likely not suit Ukrainian needs in the war due to costs, maintenance and the level of training needed.

Instead, the U.S. has pushed Germany to not only send tanks, but to sign off on the release of tanks for Kyiv with the 15 other nations in Europe that also possess German-supplied Leopard 2 tanks in their stockpiles.

“The Russians are coming,” Blumenthal, who just returned from Ukraine with Graham, said. “And their onslaught will begin in weeks, not months.

“Ukrainians know it, our intelligence and military know it, the world now knows it – there is no secret here. The Russians are about to begin a major counter-offensive,” he added.

Both lawmakers were adamant that Ukraine could win the war against Russia that began 11 months ago to the day Tuesday, so long as they “have the tools that are necessary.”

Graham said the goal in supplying Ukraine with the aid it needs is not to start World War III, but to kick Russia out of Ukraine.

“If he gets away with this, world order as we know it…