Hands of Doomsday Clock moved forward because of war in Ukraine 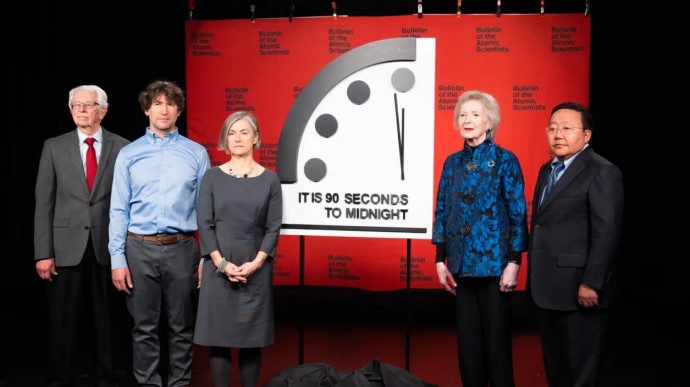 Scientists have moved the hands of the Doomsday Clock 10 seconds ahead. Now there are 90 seconds left until the presumed end of the world.

Details: It is reported that humanity has never come so close to a global catastrophe.

The magazine’s scientific board cites Russia’s attack on Ukraine and the threat of nuclear war it carries as the main reason for the change of clock. Other causes include climate change, biological phenomena, and misuse of technology.

Quote: “And worst of all, Russia’s thinly veiled threats to use nuclear weapons remind the world that escalation of the conflict — by accident, intention, or miscalculation — is a terrible risk. The possibility that the conflict could spin out of anyone’s control remains high.”

Background: Starting in 2019, the hands of the Doomsday Clock moved forward by one minute and 10 seconds. Then they showed 2 minutes until the end of the world.