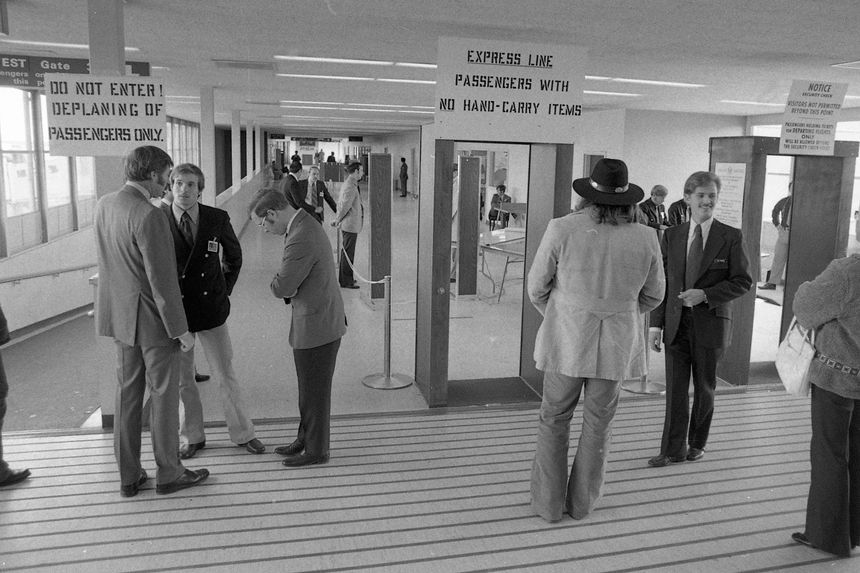 Fifty years ago this month, America changed, perhaps permanently. It didn’t feel like it at the time—it just felt like an interesting story about the nation’s airports.

To understand the impact of what happened in January 1973, it helps to recall what things were like in December 1972. If you arrived at an airport with or without a ticket, you could walk right through the terminal and up to any gate. No one would stop you or ask you to prove who you were. You could carry whatever you wanted onto your flight—it’s not as if someone was going to look into your bag. Firearms? Knives? Explosives? If you were concealing them beneath your coat, no one would know. When you landed, your family might be waiting at the gate to greet you—they, too, had strolled through the airport.

All that changed as 1973 arrived. To combat a spate of hijackings on commercial flights, the Federal Aviation Administration implemented an emergency edict: Every passenger and every carry-on bag in every airport had to be screened, either by metal detectors or hand searches.

Across the country, the initial rollout was a bit haphazard. Walk-through detectors weren’t widely available. At Tri-City Airport in Labette County, Kan., the Parsons Sun reported, “a flight attendant will scan all persons with a hand-operated ‘Electro-Search’ device passed a few inches from their bodies.” A

executive said, “We have to look at everything it squawks at.” In Evansville, Ind., Sen.

refused to be screened; he said that with “rising indignation” he objected to the searches, and besides, he was “not even carrying luggage.” In Buffalo, N.Y., a World War II combat veteran was stopped; he explained that he still had shrapnel in his body.

No one was certain how long the searches would be…