IAEA does not find ”weapons” on Ukrainian nuclear power plants, as Russia made it up 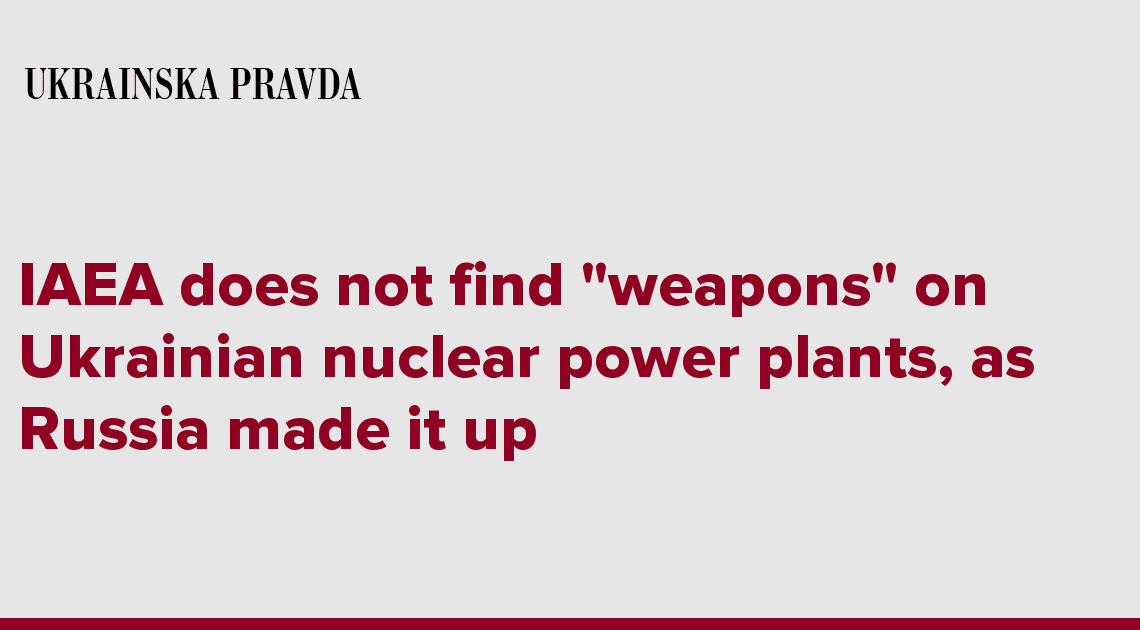 Raphael Grossi, Director General of the International Atomic Energy Agency (IAEA), has said that the agency’s inspectors did not find any evidence of weapons being stored at Ukrainian nuclear power plants, as Russia claimed.

Grossi said this on Tuesday while speaking in the European Parliament, according to European Pravda, with reference to Sky News.

The Director General of IAEA recalled that the agency has established a permanent presence at all Ukrainian nuclear facilities, and on Tuesday, he ordered inspections to find out whether there were any weapons there.

“The result of those inspections was negative,” he said, adding that the IAEA managed to “debunk accusations of illegal things and very dangerous things taking place in these facilities [i.e. Ukrainian nuclear power plants – ed.]” for the second time.

Earlier, in January, the IAEA expanded its presence in Ukraine, creating permanent missions of experts at all nuclear power plants.