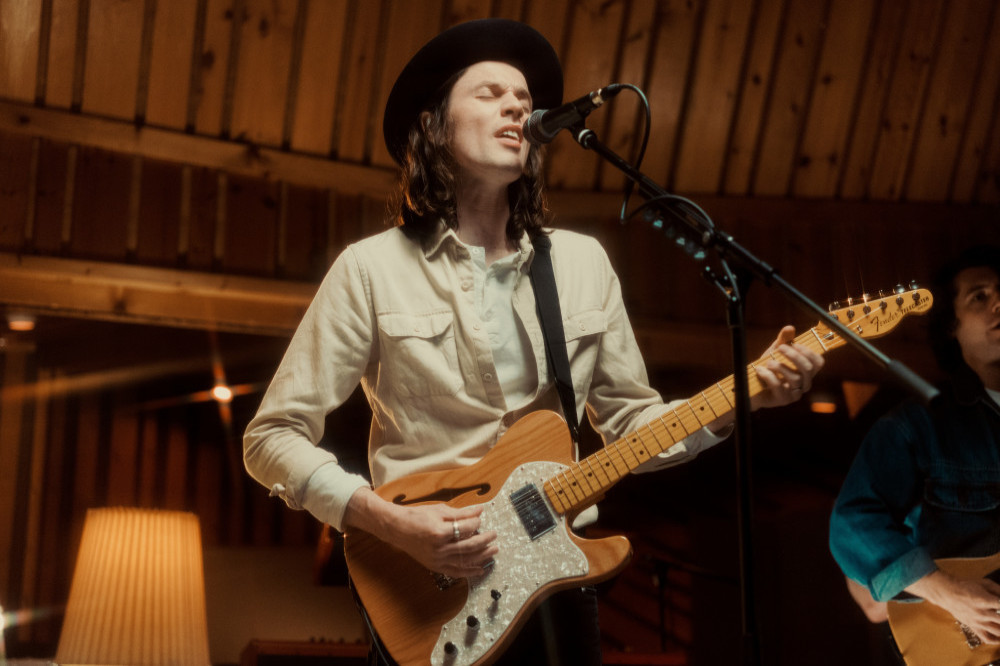 James Bay says picking up the guitar for the first time was like realising “you’ve got a crush on a girl”.

The ‘Hold Back The River’ hitmaker admits the stringed instrument “feels like an extra limb” and it’s always inspiring him to go down different paths with his music.

Speaking in a video interview with Fender, he said: “When I picked up guitars for the first time, it’s like the first time you realise you’ve got a crush on a girl.”

He went on: “The guitar, for me, feels like an extra limb. It’s become a very important part of me. An extension of how I feel and who I am, and it’s still showing me new avenues and ways in which to do that.

“I think we are friends for life.”

The 32-year-old star was inspired to pick up the guitar upon hearing ‘Layla’ by Eric Clapton’s Derek and the Dominos, which “blew [his] mind”.

The ‘Give Me The Reason’ singer was speaking to promote the new Fender American Vintage II guitar range, which is based on vintage Fender models from the ’50s, ’60s and ’70s.

Justin Norvell, Executive Vice President of Product, FMIC, commented: “The iconic models in the American Vintage II Series are a near 1:1 comparison with their original predecessors. Today they are built with precise, modern manufacturing processes that weren’t available in the past.

“These original guitars and basses have long been coveted by avid players and vintage enthusiasts around the world for their aesthetic and tone that inspired some of the greatest music and most-identifiable guitar and bass lines of all time. Whether you’re after nostalgic guitar sounds in the studio, or a vintage-style instrument that can withstand the demands of the road, the American Vintage II series harnesses the best of Fender’s legacy and craftsmanship so modern musicians can innovate today’s soundscapes.”

To check out the full range and for more information on Fender’s products head to fender.com.