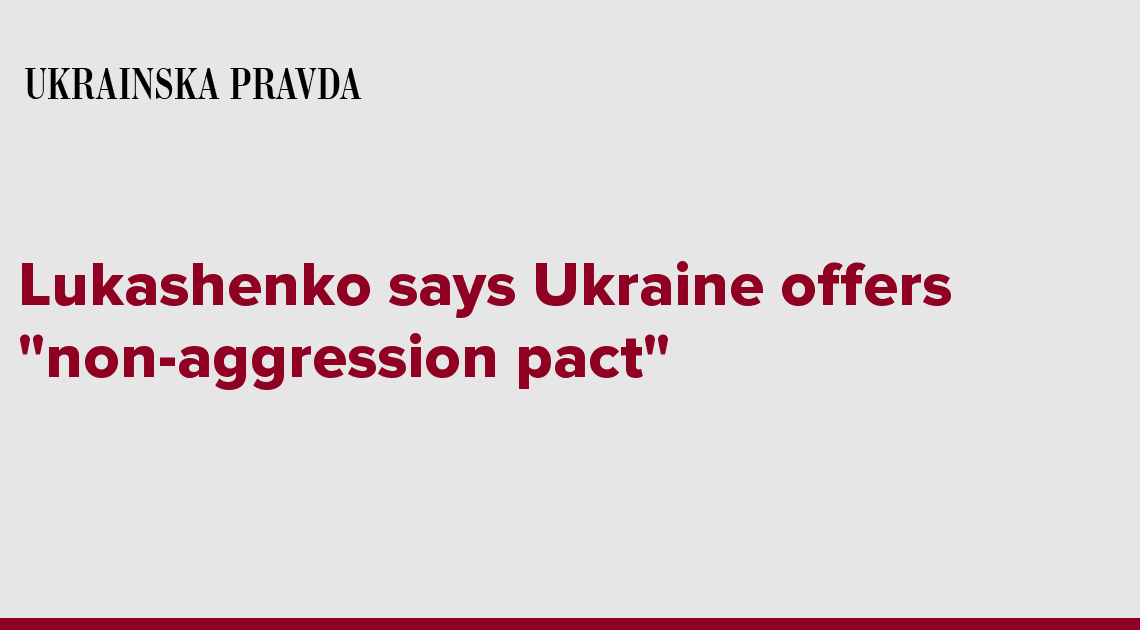 Alexander Lukashenko, the self-proclaimed President of Belarus, has said that the West has not given up on its plans for Belarus, so it is training “militants and extremists” in Ukraine. Although Ukrainians are allegedly offering a “non-aggression pact”.

Source: Belarus-aligned news outlet BelTA, citing Lukashenko at a meeting on the socio-political situation and the state of crime in the country

Details: The self-proclaimed president delivered a lengthy tirade about the fight against external and internal [he called the opposition by such words – ed.] extremists, comparing them to cockroaches, and stated he would not allow “2020 swaying” [Belarusian protests against Belarusian government and Lukashenko – ed.] and hinted that Belarusians “should be grateful to him that situation in Belarus is better than in Ukraine”.

Quote: “2020 has passed. It is bad that the situation around the country is like this. Particularly with our Ukraine. But this is a lesson for us. It is a lesson for all 10 million [residents of Belarus – ed.] and guests who visit us here. Everyone has already understood: if we had not survived 2020, we know what would have happened. It [the situation – ed.] would be worse than in Ukraine.

Ukraine is rich. Richer than us. It could have been worse here. I don’t want anyone to bow down to me or you and thank us for this, but it is clear to everyone in the name of what and thanks to whom we survived. And if after that someone comes out from under the skirting board, like a cockroach, and starts again or continues this ugly business, fighting against the people and against the government…

If someone, God forbid… But some of them are afraid now. Listen, how are we going to deal with them today? Of course, we are reacting harshly to this. We will never allow this 2020 swaying again. Of course, the pandemic and other pre-election and election issues had an impact, but this is no excuse. We have to unite now to survive so that, God forbid, rockets don’t fly here and bombs are not dropped on us.

…in Ukraine, they continue to train militants and extremists. I don’t know why Ukrainians do this. On the one hand, they ask us not to start the war against Ukraine in any case, so that our troops do not move there. A non-aggression pact is suggested for signing. And on the other hand, they are preparing this explosive mixture and arming them.