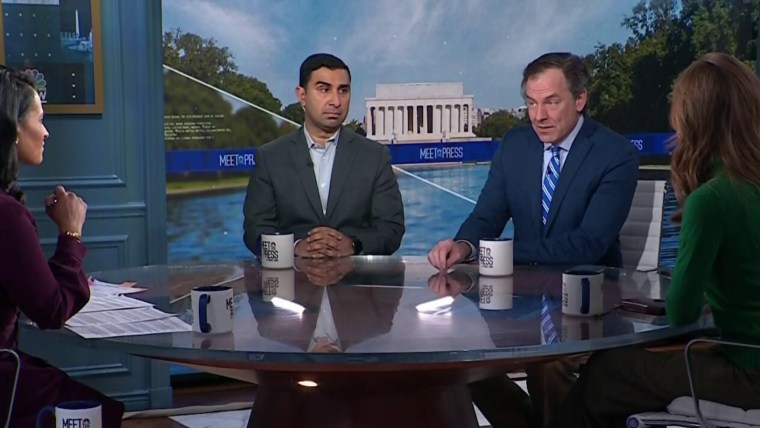 WASHINGTON — Senate Minority Leader Mitch McConnell said Tuesday that House Speaker Kevin McCarthy should lead the way on crafting a solution to the debt ceiling deadline so the United States can keep paying its bills.

The Senate GOP leader said it’s reasonable for McCarthy to consider spending cuts as part of a debt limit extension before what the Treasury Department says is a June 5 deadline to avert economic calamity. But Democratic leaders and President Joe Biden say they will not entertain cuts or other negotiations tied to the debt ceiling.

“I can’t imagine any debt ceiling provision passed out of the Senate with 60 votes could actually pass this particular House,” McConnell, R-Ky., told reporters, referring to the threshold to break a filibuster and pass a bill. “So I think the final solution to this particular episode lies between Speaker McCarthy and the president.”

He said that a fix “will have to come out of the House.”

“So I think it’s entirely reasonable for the new speaker and his team to put spending reduction on the table,” McConnell said. “I wish him well in talking to the president. That’s where a solution lies.”

McConnell’s remarks raise pressure on McCarthy, who is seeking to navigate demands from House GOP hard-liners to force aggressive spending cuts as part of any debt ceiling extension. While McConnell has negotiated past deals with Biden, including when he was vice president, McCarthy has little experience negotiating complicated deals with Democrats. It’s not clear what, if anything, can get the votes to pass the House, where Republican control a narrow majority.

Biden has made clear that the debt limit is nonnegotiable and that he won’t grant any concessions to meet the country’s obligations. And Democratic leaders are backing him.

Senate Majority Leader Chuck Schumer, D-N.Y., agreed with McConnell that the onus is on McCarthy to move on the debt limit.

“McConnell made the argument for us. He says the House has to go first,” Schumer told a small group of reporters Tuesday afternoon in the Capitol. “We’re just taking that one little step further and saying yes, not only that to go first, they have to show us a plan.”

The Treasury Department says it is using “extraordinary measures” to keep paying the country’s bills after it hit the statutory debt ceiling last week. Treasury Secretary Janet Yellen has warned of dire economic consequences if Congress fails to act.

“Default would be a catastrophe for American…