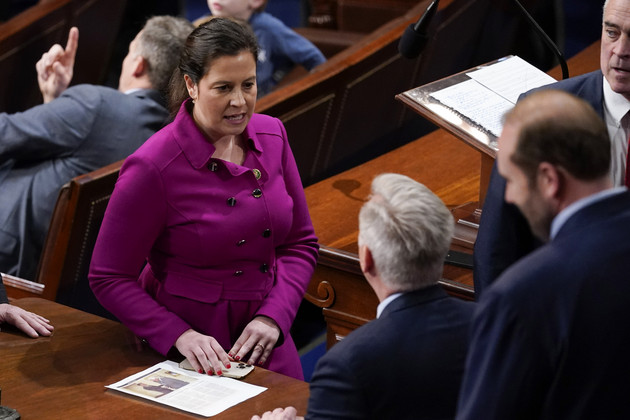 As part of the inner-conference haggling, conference heads also added language that gives the panel authority to get access to information shared with the Intelligence Committee and review “ongoing criminal investigations,” a prospect that’s likely to spark push back from the Justice Department.

“As long as we keep it tight and know what we’re doing before we go in, which is where Jim Jordan comes into play — nobody’s better at this — we’ll be okay,” Rep. Kelly Armstrong (R-N.D.), one of the newly named members of the panel, told POLITICO on Tuesday.

The panel’s newly named members represent the at times at-odds groups McCarthy has to balance within his conference. While putting Jordan in the driver’s seat and naming other allies to the panel could help McCarthy try to keep it in check, he also has to keep detractors like Reps. Chip Roy (R-Texas) and Dan Bishop (R-N.C.) happy to quell any rebellion before it begins. The swath of members also reflect that suspicion of political motives within the Justice Department and the FBI is far from fringe within the House GOP.

It’s expected to be on the front lines of skirmishes with the Biden administration, particularly the Justice Department, as Republicans on the panel will be empowered to try to examine everything from Jan. 6-related investigations to the search last year of former President Donald Trump’s Mar-a-Lago residence. Republicans have signaled they could expand their investigative scope to include agencies and issues like the Department of Education and big tech.

Some of McCarthy’s close allies snagged spots on the panel. Jordan was long expected to lead the group, and Reps. Elise Stefanik (R-N.Y.) and Mike Johnson (R-La.), two members of the GOP leadership team, are also getting seats on the subcommittee, as well as Armstrong, a McCarthy backer who helped nominate him for speaker during a closed-door meeting last year. Stefanik and Rep. Chris Stewart (R-Utah) are also both members of the Intelligence Committee.

Only two of McCarthy’s defectors-turned-supporters are getting a seat: Roy and Bishop. Bishop was an early advocate within the conference for a select committee, while Roy helped negotiate the deal that helped secure McCarthy the speaker’s gavel.

Other GOP members of the committee will include Rep. Darrell Issa…