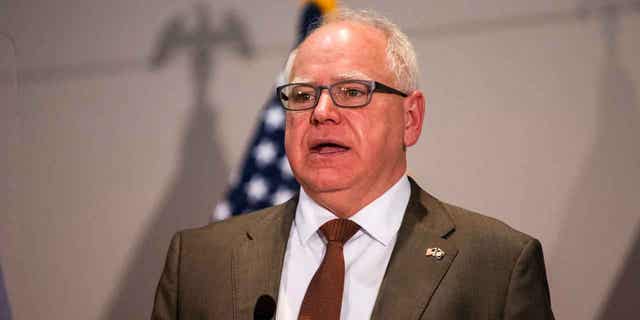 A bill to extend unemployment benefits for laid-off workers at Northshore Mining is on its way to Gov. Tim Walz for his signature.

The Minnesota House voted 127-7 on Monday to approve the bill, which passed the Senate 56-10 two weeks ago.

Northshore Mining has been idle since May 1, and about 410 out of around 580 workers have been laid off.

The main reason is a royalty dispute between its owner, Cleveland-Cliffs, and a trust that controls the mineral rights for the mine pit near Babbitt that supplies iron ore for Northshore’s processing plant in Silver Bay.

A bill to extend unemployment benefits for Northshore Mining workers in Minnesota is on its way to Gov. Tim Walz, above, for his signature.
(Stephen Maturen/Getty Images)

Jobless benefits typically run out after six months in Minnesota, and many of the affected workers list their benefits in November. The bill will extend them for another six months, retroactively, at a cost of $10.3 million.

Cleveland-Cliffs has said that Northshore Mining will remain shut down at least through April.