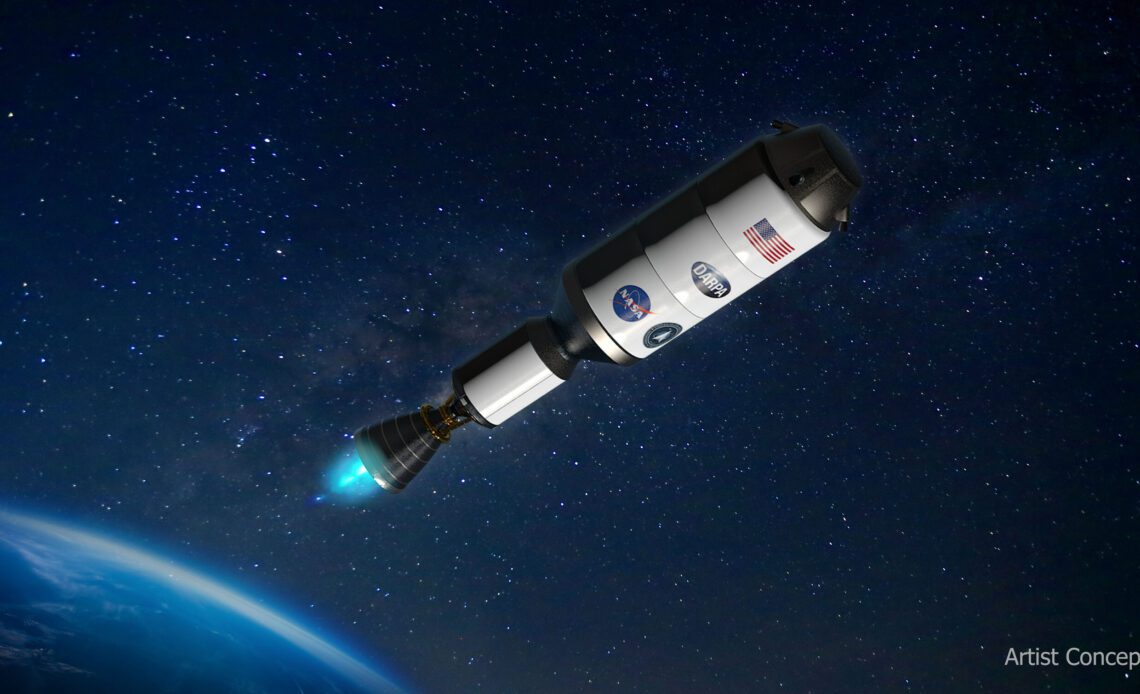 is going back to an old idea as it tries to get humans to Mars. It is with the Defense Advanced Research Projects Agency () to test a nuclear thermal rocket engine in space with the aim of using the technology for crewed missions to the red planet. The agencies hope to “demonstrate advanced nuclear thermal propulsion technology as soon as 2027,” NASA administrator Bill Nelson said. “With the help of this new technology, astronauts could journey to and from deep space faster than ever — a major capability to prepare for crewed missions to Mars.”

Under the Demonstration Rocket for Agile Cislunar Operations (DRACO) program, NASA’s Space Technology Mission Directorate will take the lead on technical development of the engine, which will be integrated with an experimental spacecraft from DARPA. NASA says that nuclear thermal propulsion (NTP) could allow spacecraft to travel faster, which could reduce the volume of supplies needed to carry out a long mission. An NTD engine could also free up space for more science equipment and extra power for instrumentation and communication.

As far back as the 1940s, scientists started speculating about the possibility of using nuclear energy to power spaceflight. The US on that front starting in the ’50s. Budget cutbacks and changing priorities (such as a focus on the Space Shuttle program) led to NASA at the end of 1972 before it carried out any test flights.

There are, of course, risks involved with NTP engines, such as the possible dispersal of radioactive material in the environment should a failure occur in the atmosphere or orbit. Nevertheless, NASA says the faster transit times that NTP engines can enable could lower the risk to astronauts — they could reduce travel times to Mars . Nuclear thermal rockets could be at least three times more efficient than conventional chemical propulsion methods.

NASA is also looking into nuclear energy to power related space exploration efforts. In 2018, it of a portable nuclear reactor as part of efforts to develop a system capable of powering a habitat on Mars. Last year, NASA and the Department of Energy to design a fission surface power system that it can test on the Moon. and the have worked on other NTP engine projects over the last few years.

Meanwhile, the US has just approved a small modular nuclear design for the first time. As  reports, the design allows for a nuclear facility that’s around a third…