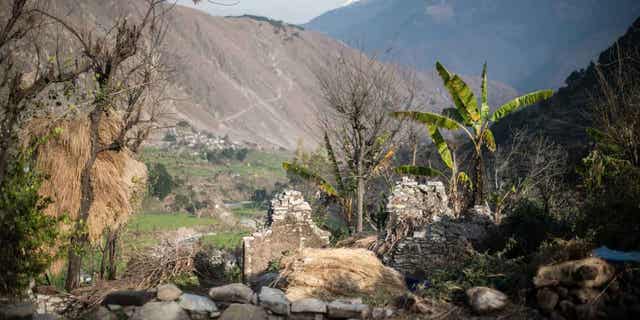 An earthquake in Nepal rattled villages in remote Himalayan mountains on Tuesday, killing at least one person and injuring many more, officials said.

The 5.9 magnitude earthquake with an epicenter in Bajura district hit in the afternoon, sending people fleeing their houses, according to the chief district officer, Puskar Khadka.

He said one person was confirmed dead but details were still sketchy because many of the villages are accessible by foot.

A village in the district of Bajura, Nepal, is shown on March 6, 2022. An earthquake in the region shook villages and injured many people. One person has been confirmed dead from the earthquake.
(Rebecca Conway/Getty Images)

Bajura district is about 250 miles northwest of the capital, Kathmandu.

News reports said the earthquake could be felt in cities and towns across the border in India.

Earthquakes are common in Nepal, which is mostly covered by mountains and home to most of the highest peaks in the world.